Horray! Horray! This is my review of Hugtto Precure Ep 30 and the girls goes on a round the world in Emiru's private plane! 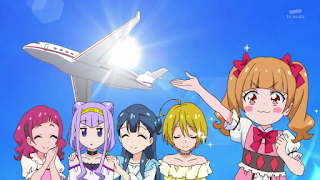 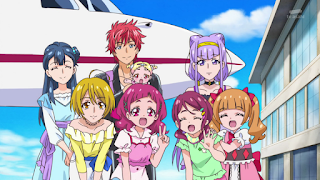 The girls with Harry, Hug-Tan and Kotori flew in Emiru's private plane for a trip around the world. With Saya planning the schedule, the girls' first stop is at Hawaii but before they can enjoy it, Saya informed that they need to move on in order to stick to the schedule. 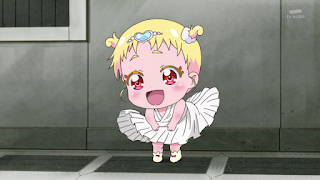 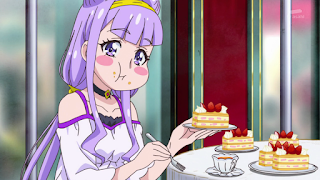 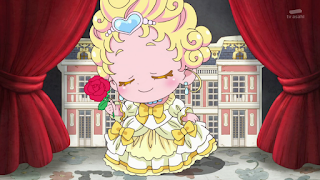 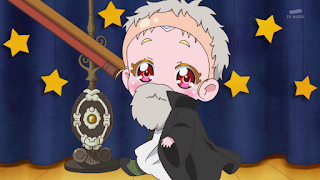 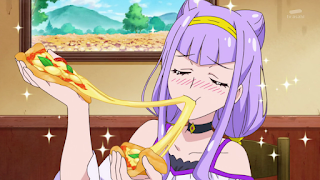 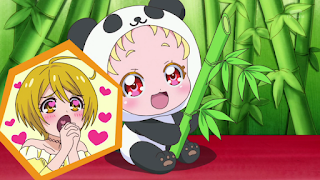 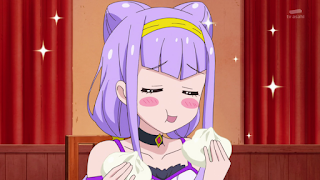 This resulted with the girls visiting the various countries and Ruru enjoying the local food. Hug-Tan dressed up in various costumes and everyone having a good time.

No 3: A visit to Tengu Manor Hot Spring! 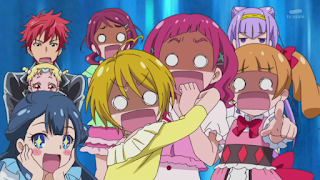 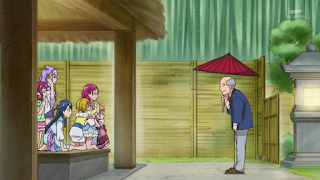 Their final stop is back in Japan and a local hot spring in Atami. Ruru claimed she wanted to try a hot spring as she never got a chance during her time in Crisis. (Although the gang had to cover up for Ruru when she mentioned she is an android and Kotori became suspicious about it) 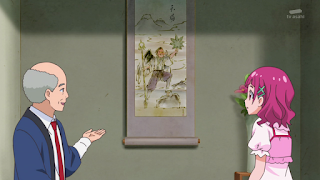 They were welcomed by the owner of the hot spring and he explained that a Tengu became the guardian spirit after visiting the hot spring which got Homare all freaked out. (Saya seem to be interested) 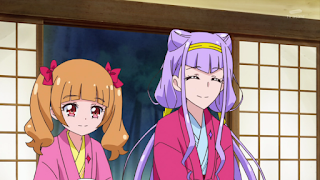 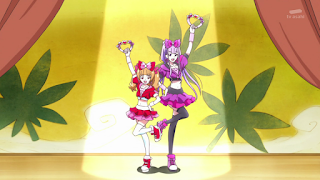 Despite the enjoyment, Emiru was happy that she get to enjoy the trip with her friends since she is always alone before. Hana cheered her up that summer will never end and both Emiru and Ruru put up a performance for everyone!

No 2: Why Summer never last forever? 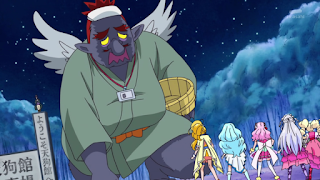 Dr Trauma was also at the hot spring and created an Oshimaida for the girls to battle. During the battle, Dr Trauma taunt the girls to give in for the "Time Stoppage" since they want Summer to last forever.

But Cure Macherie answered that summer might come and go but those memories will last forever! Although Dr Trauma's words- "Memories will only last if you are alive" got Cure Yell startled for a moment. Although the battle ended thanks to a certain wind that blew the Oshimaida away, this means that Cure Yell has not overcome her trauma from her encounter with George.

No 1: It is back to school tomorrow!? 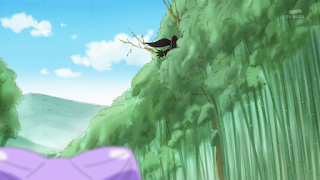 As the girls returned back home, Ruru was wondering about that strange wind that saved them. Hug-Tan saw a figure behind them which happened to be the real Tengu. (Just like that episode where she saw a Kappa in the river) 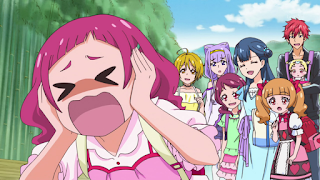 Saya then mentioned tomorrow is the first day of school and Hana realised that she has not finished her holiday homework....

This episode is really a typical filler episode and coincidentally this episode is the same episode in episode 30 of Smile Precure where Miyuki and company goes on a world trip in the magic bookshelf. Although that episode is more funnier especially Cure Peace using her electricity in the water.

The only good moments was all of Ruru's enjoyment of the local food (Just like Nao) and Hug-Tan wearing all the different costumes. Despite the title card stated it is a world tour episode, the world tour segment lasted like the first 5 or 6 minutes and the rest of the episode was about the girls at the hot spring. (Toei, if you want to do a world tour episode, do a full episode and not let the rest of the episode focus on the hot spring back in Japan)

But we get to know that Emiru and Ruru has their wishes granted. For Emiru, she is always alone in her life because of her dysfunctional family and was happy that she get to enjoy the trip with her new friends.

For Ruru is more comical since she was not allowed to go on trips during her time in Crisis as she will trigger the metal detector in the airport and she was dumped into thinking that the hot spring water will damaged her android body. 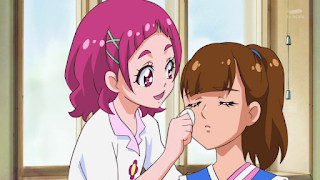 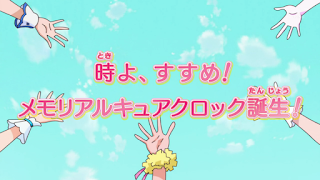 Although Dr Trauma's words about memories are useless if you are dead is pretty dark and Cure Yell was shocked by his words. Seeing that next episode, a girl from Hana's past reappeared which she is supposedly the girl that Hana tried to protect her from bullies years ago, we know that big changes are going to happen for Hana and company. Even the title preview gave away of a potential power up!

Not much to say, until then see you in the next post!