Maho Tsukai Precure Ep 15: Cloudy with a Chance of Ha-Chan

Cure Up! Rapapa! This is my review of Maho Tsukai Precure Episode 15 Review and Ha-Chan is the Star of today's episode! 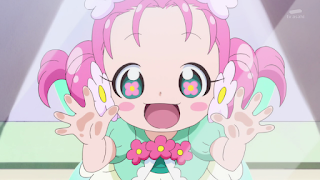 After everyone ignored Ha-Chan in the morning, she accidentally cast a spell on the Linkle Smart Book and all the stones granted her delicious food that she finished everything. What follow was Ha-Chan cosplaying different outfits granting her different abilities and a day of craziness for the girls. 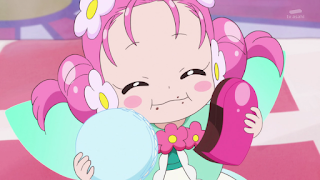 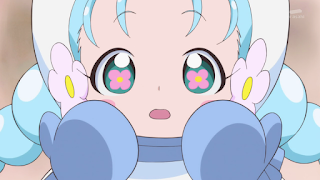 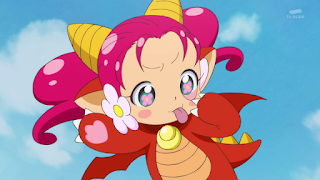 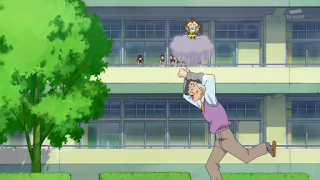 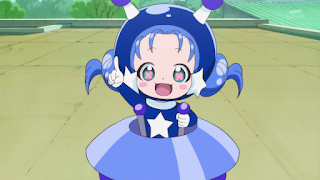 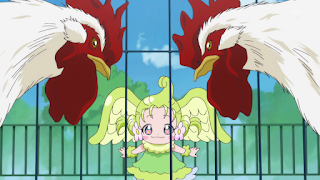 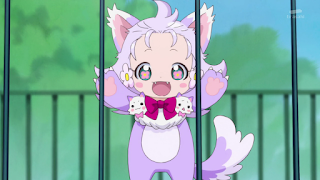 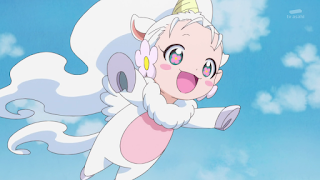 Ha-Chan has the most lines so far in this episode and it is nice to see her being childlike and innocent. Especially with the stunts she pulled like aiding a male student finding his goal as a baseball player, girls were amazed by her flying around and making chickens running wild, trampling poor Mofurun who was looking for her. 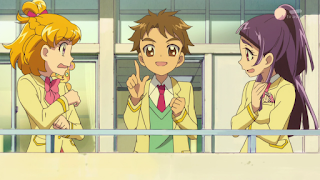 The girls and Mofurun were wondering if it was their fault after ignoring her in the morning which make them realise they took her for granted. At the end of the episode, Ha-Chan also realised how much trouble she caused after Spalda caught her and the stunts she pulled and too apologise. 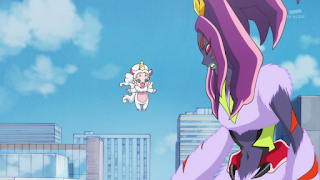 But now after Spalda saw Ha-Chan re-enter the Linkle Smart book, she suspected something is up although I find it a bit inconsistent. Remember in episode 10 when Spalda found the Topaz Stone from a cat and ignore it, claiming it insignificant. 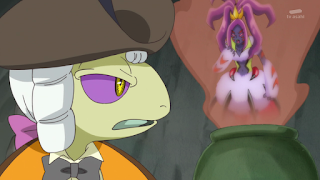 But after sensing a large amount of energy generating from Ha-Chan, she captured her and is about to get away with when the girls arrived to stop her. But then Spalda isn't the smartest person in the villains' corner. 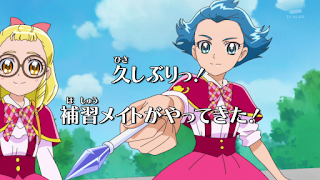 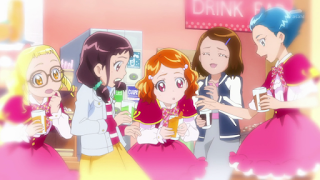 The fight is mediocre at best however after Spalda reported about Ha-Chan to Yamoh and Dokuroxy and they seem very interested with Ha-Chan. (Finally some plot development!) In the next episode, Kei, Emily and Jun came to Earth and visited the two girls. However Spalda and Yamoh plotted to catch Ha-Chan and Dokuroxy also make his move! Until then, see you in the next episode.

P.S: Which is your favourite form of Ha-Chan? My favourite is UFO, Cat and Unicorn Ha-Chan.