Hello Everyone! Here is my long awaited review of the latest Pretty Cure All Stars Movie! 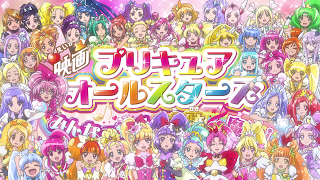 Synopsis: During the search for the Linkle Stones, Mirai/Cure Miracle and Riko/Cure Magical encountered the Go Princess Precure team in a battle with a fake Dyspear. Soon the girls found out that the previous Precure teams were captured by the Dark Witch, Solcieel and her follower, Trauuma and the girls rushed to save them. However nothing is what it seems to be as... 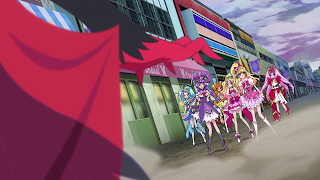 After the last all Stars movie which is litertally a musical and song montages, Toei decided to tone down the musical numbers with a plot which sounds pretty familiar to most Precure movie plots. Here the focus is Cure Miracle and Cure Magical who were overwhelmed by their seniors Precures and wonder if they could live up to their expectations. 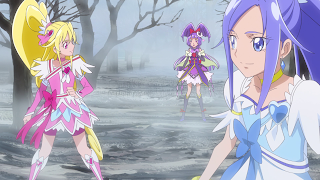 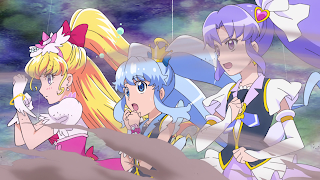 Since the two girls spend about 2/3 of the movie separated in two different places, both of them get to interact with the various Cures. It is a bit of a surprise that the voice cast for the last three teams (Go Princess, Happiness Charge and Doki Doki) returned for this reunion and they did their jobs fairly well. From Cure Princess's reckless fighting to Cure Sword's return back to the microphone (Bless you, Miyamoto Kanako) 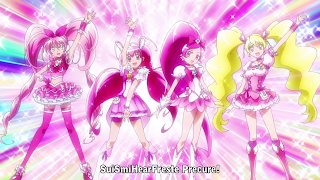 I actually enjoyed the remaining Pink cures (Melody, Happy, Blossom and Peach) mixing and matching their attacks and opening speech which is both dumb and awesome at the same time. I am pretty sure that the Seiyuus for the four Pink cures were having a lot of fun and "One up each other" in the recording studio. 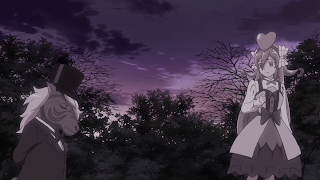 Now the main movie characters, Solcieel and Trauuma. Solcieel is a talented witch however when her former master did not told her about the ultimate magic spell which instead her master started singing a song that Solcieel misunderstood her and became bitter even after her master's death. With a talking horse man, Trauuma who suggested of getting a Precure's tear to revive Solcieel's master, she set upon to capture the Cures to make them shed a tear?! 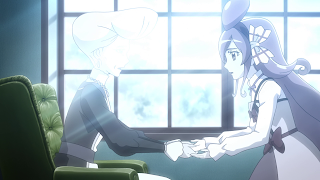 Solcieel was blinded by hatred no thanks to Trauuma who convinced her that her master was jealous of her and refused to teach her the ultimate spell. However when Cure Miracle keep hearing a ghostly little girl's singing throughout the movie, she realised that the song could be the ultimate spell by Solcieel's master. (Although I would have wanted Suite Precure to figure it out since they are the Music Experts but then Cure Miracle is this seasons' main team so the voice of reasoning has to be her instead)

Although why Solcieel's master didn't tell her beforehand is partially both ladies' faults. You know in some shows where the master don't tell their student of the ultimate skill and instead go on some wild goose chase or some hint which the student knew nothing about it until the last minute. This movie felt that way. I get it that they are teaching people that don't take things for face value or for granted that everything is served on a silver platter. But seriously, if every time you went to ask a person and the person in return kept answering in a song, it's no wonder that anyone will get angry about it like Solcieel.

Traumma was the big bad which anyone can see it miles away. There were some comical moments where he tried to catch Morufun, Puff and Aroma and was driven away by a pot of Miracle Lights which Toei will never ever explain why are it is there in the first place. Traumma even tried to make the captured Precures to shed a tear by pulling off a sad puppet show and even cutting onions!

As this movie take place pretty early in Maho Tsukai's run so Cure Miracle and Cure Magical's characters were not fully developed since Cure Miracle is the optimistic one where Cure Magical is still a fish out of water character. But somehow or rather, the usual "No matter where we are, our hearts are as one" moment came and the girls were reunited before the final battle. 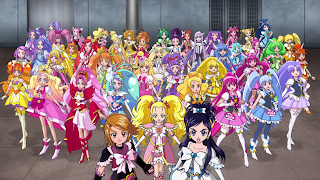 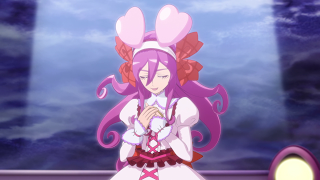 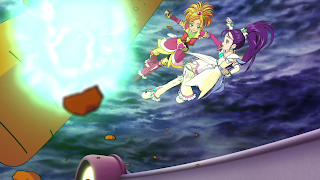 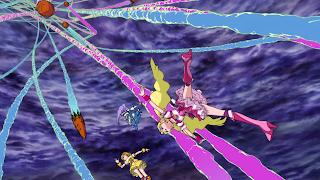 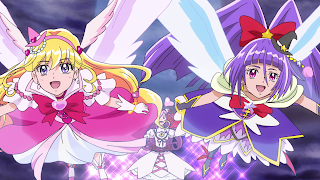 The final battle was pretty good actually with Solcieel realizing her folly and joining the girls into battle against Traumma. Of course, everything went well with Solcieel wanting to a Magic teacher in the end and the girls spent the rest of the day at the park... 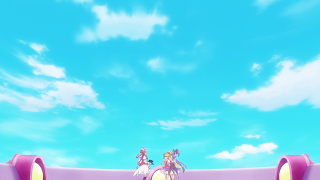 Overall, this movie was a step forward than the previous one with a plot that is mostly familiar to every Precure movie at this point. At least Solcieel is a villain who has a misunderstood past which she redeem herself in the end. The song she performed at the finale "Lullaby of the Mage- Song of Magic" was an excellent song to go with the battle against Traumma that it is a shame the TV series of Maho Tsukai is not having such moments of story telling during this time I am posting this review. 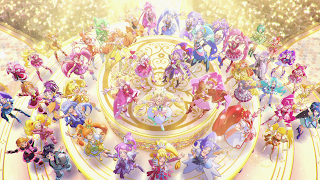 Well, that's all I have to say about this movie. Although it is a decent movie with some good moments, it can never compare with DX3 which is still the best All Stars Movie in my opinion. Until the next all Stars movie which is titled "Precure Dream Stars" which will focus on the new Kira Kira Precure A La Mode team. Until then, see you in the next post!