Go Princess Precure Ep 24 Top 3 Moments and Review: Perfect Strangers (Kudos if you know this title from a 80s sitcom!)

Gokigenyou! This is my review of Go Princess Precure episode 24 and Towa began her life in school and a room mate to Kirara! 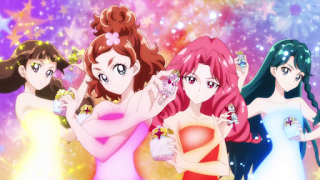 No 3: The New Team Transformation and Teamwork! 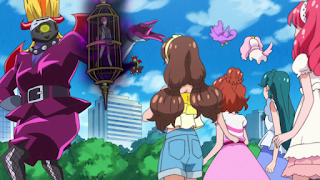 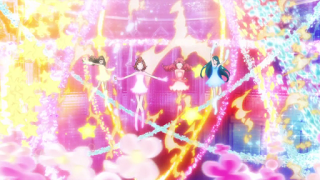 During the battle with a new Zetsuborg created by Lock, the girls finally transformed together and with their new teamwork, they make quick work out of the Zetsuborg thanks to Cure Twinkle and Cure Scarlet's new combination attacks which I explained how this came about in my No.1 moment. 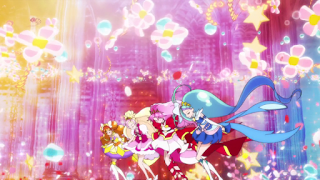 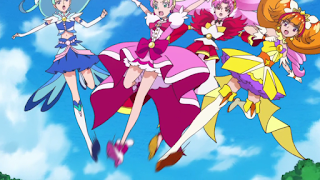 The girls were also surprised that Lock has grown to an adult when they first encountered him. Furthermore, his new Zetsuborg seem to be stronger with it's red horns on the top of their head. Overall, the focus of this episode was not on the battle but the conflict within Kirara and Towa. 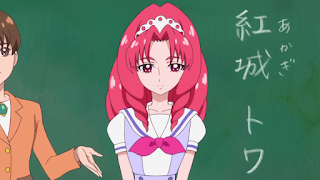 Towa introduce herself to Kirara's class as Akagi Towa. Her family name was given by Principal Mochizuki from last episode. Why she was given this name is a mystery through her family name mean "Red Castle" which is fitting for her. 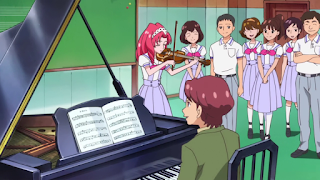 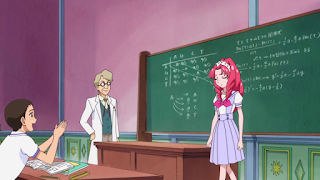 Although she was pretty serious during her introduction when she announced she is the princess of Hope Kingdom which got Kirara all panicky. Luckily nobody in class took it seriously. Furthermore, she was excellent in many areas like ballet, violin practice and even in academies though Towa claimed she got help from Minami and she is a fast learner. 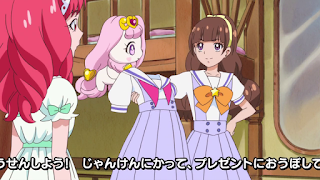 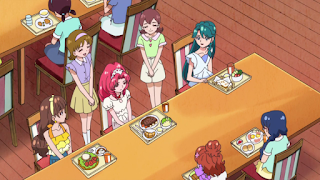 However Towa still act like a princess and couldn't do simple tasks on her own like wearing her own school uniform or waiting to be served lunch at the cafeteria (Though Towa gain some followers to serve her food) which got the others concerned.

No 1: Kirara and Towa overcoming their problems with a Hug and some Tickling! 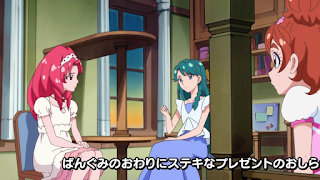 In the beginning, Towa was worried that she couldn't get along with anyone and portrayed herself as a proud person. She confined with Haruka and the others which they told her to always start with a smile but she couldn't understand how. 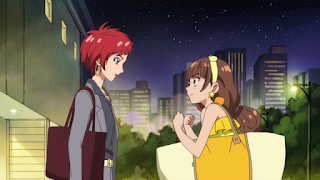 Meanwhile, Kirara was putting unnecessary pressures on herself after she was offered a new assignment which will make her even more popular. It caused her to spend more time on her job rather than helping Towa to adapt her new lifestyle. Worse that it actually affect her in her studies and her model job which she was completely tired when she came back to the dorm late night. 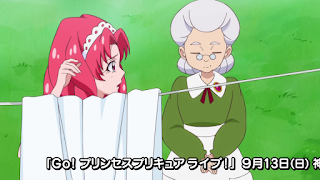 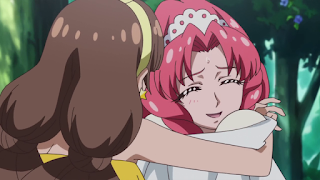 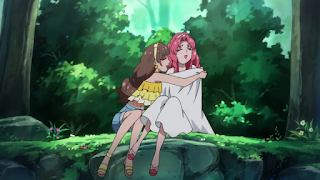 Later, both of them were assigned to clean the laundry for the dorm and one of the sheets flew away. The two of them found it in a forest and discovered a small lake. Towa finally asked how to smile naturally as she felt uneasy in her new life. Kirara replied with some hugs and tickles which got Towa all laughing. Kirara also realised she should do the same thing for her job by being positive and not giving herself pressures.


Of course after the battle, Kirara and Towa became better room mates with Towa looking forward everyday to school...

Overall, this episode is a Kirara and Towa centric episode and I like it! Some of you might wonder why Towa isn't a room mate to Haruka or Minami instead. I am thinking that it is probably because of personalities.

If Towa is a room mate to Haruka, Haruka will spoilt her like a princess which is not good since staying in dorms is a good place to learn some independence and if she is a room mate to Minami, both of them will clash since Minami is pretty strict and Towa hated being order around.

Kirara is perfect since her carefree attitude is good for Towa to take her time. Of course, Kirara have given Towa her nickname-Towachi which mean Kirara has accepted her as her friend. Towa also has to learn how to do simple tasks which in the beginning, she couldn't and still wait for Kirara and the two mascots to serve her. Even hanging laundry was a difficult task for her but Shirogane gave her a tip on how to hang properly. 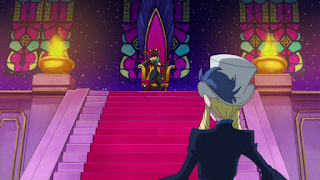 Other moments in the episodes are how Shut was also surprised on Lock's new form which I am sure he is against of Lock taking charge in Dyspear's absence. Kirara seems to get a new manager as I recalled her previous manager was a lady with specs (Did she fired her previous manager?) and she was today's Zetsuborg victim. 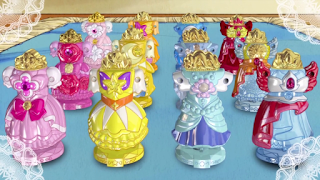 Finally, Aroma claimed the girls finally got all twelve Princess Keys however Towa claimed her keys are from Dyspear so it might not be part of the original twelve. If that is the case, it could mean the girls are getting a new upgrade which it is pretty soon if we followed how the storyline of a Precure season progressed.


In all, I gave this episode a B since the battle is not as interesting despite the new team transformation. Both Kirara and Towa overcome their problems by having a pep talk and some hugs which is really nice and sweet. 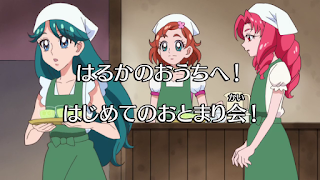 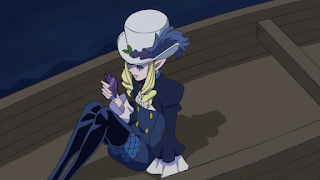 In the next episode, it is the summer holidays and the girls are staying at Haruka's house which double as her family Sweets shop. But Shut was ordered by Lock to do his biding. Will he bite his pride and obey or defy Lock? (I really want Shut to survive to the end since he isn't really a bad person) Until then, see you next week! Gokigenyou!