Tropical Rouge Precure Ep 29 Review: A Gift from a Legend!

Hi, Everyone! This is my review of Tropical Rouge Precure Episode 29 and after 2 months of fillers episode, we finally have some movement in the main plot! 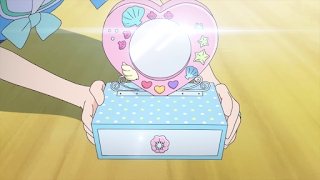 The girls created a new make-up dresser kit and showed it to the school's papers reporters. (Although they had to cover up Kururu and she was instructed to stay still which the girls forgot about her until later) 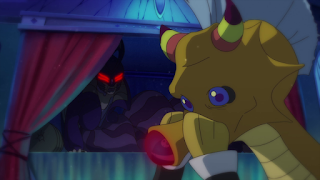 The Witch of Delays keeps having a nightmare of a young lady and demanding more motivational power. She unknowingly created a new type of Yaranade which Bulter decided to take charge of instead. He then corrupted the town canal system with the new Yaranade. 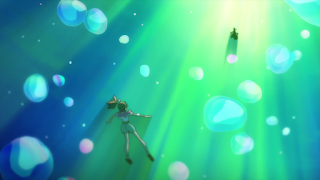 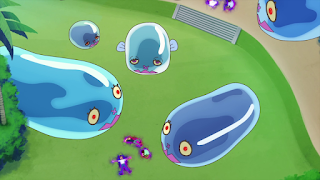 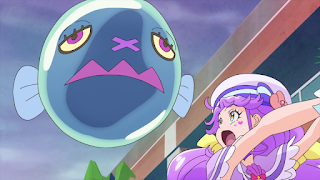 Manatsu also had a dream of a lady in silhouette which Laura believe to be the Legendary Precure. However, the town is now under attack by large numbers of Yaranade and the girls transformed to battle. Cure Le Mar was unable to find the main body among the horde and Cure Summer realised that Kururu is still at their clubhouse. 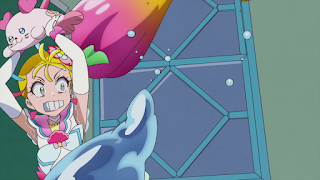 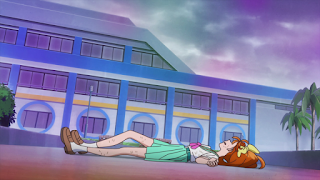 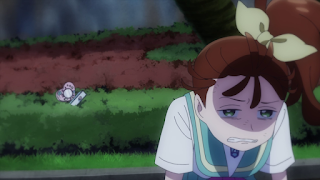 Cure Summer arrived to save Kururu but was overwhelmed by the Yaranade and she was knocked out and de-transformed. The other girls meet each other and Kururu told them what happened to Manatsu. They raced to the school and somehow Cure Le Mar's personal mirror was able to communicate to the dresser kit next to Manatsu. 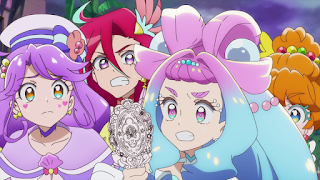 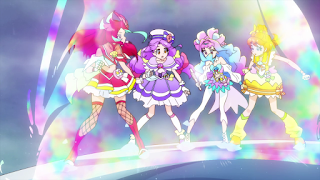 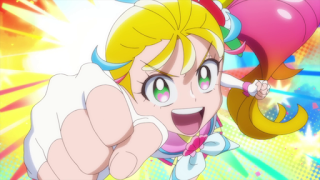 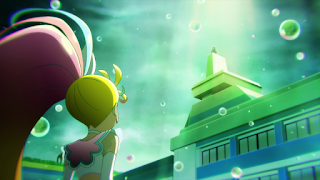 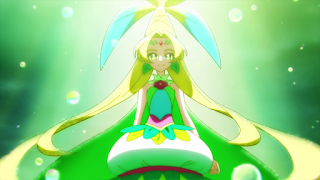 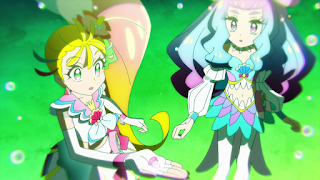 Their feelings reached Manatsu and she was able to transform again. The girls reunited and tried their best to defeat the main Yaranade but it was too strong. Suddenly all time stopped and the girls saw the Legendary Precure standing on the school rooftop. She gave Cure Summer the new Land Ring and told them to save the world and the Witch of Delays. 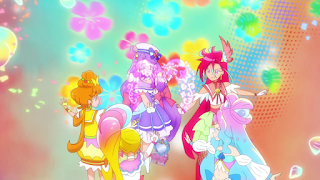 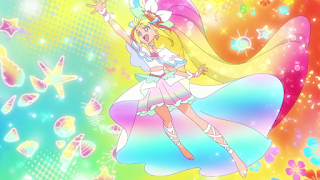 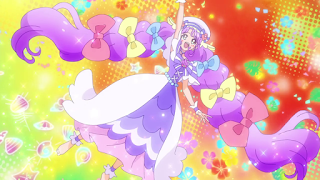 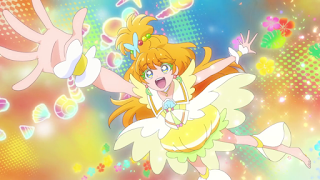 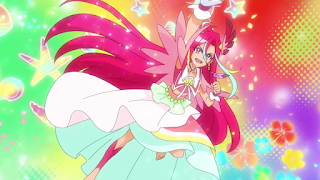 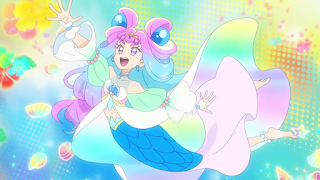 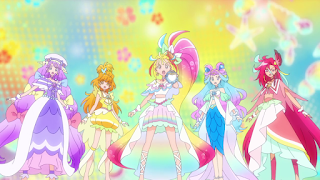 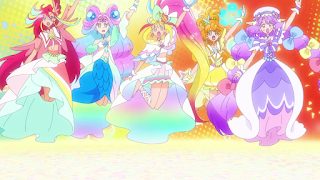 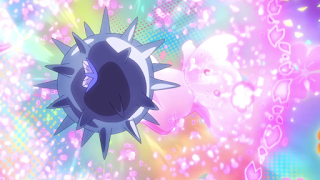 The Dresser Kit changed the girls into the Excellent Tropical Style and their finisher- Pretty Cure Land Beat Dynamic finished off the Yaranade! 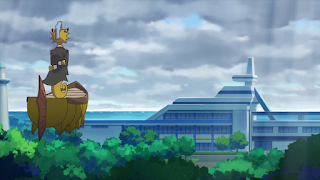 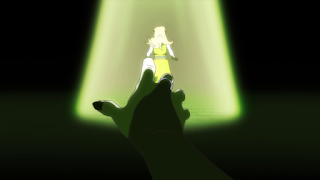 Bulter witnessed everything and has his own thoughts before retreating. The Witch of Delays was still having nightmares of her chasing after a young lady which was believed to be the Legendary Precure. 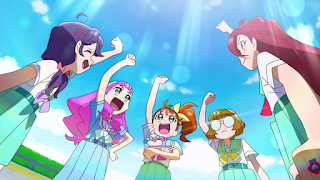 Later, the girls were wondering why the Witch of Delays needed the motivational power and who is that lady gave their new power. However, Manatsu encouraged everyone, not to lost hope and they strengthen their bond together...

After 7 episodes of fillers, we are back on the main plot and I really like this episode and I think the Legendary Precure might be our Sixth ranger instead of Cure Le Mar. She is also voiced by Nakahara Mai who also did the voice of Akagi in Azur Lane and Rena of Higurashi When They Cry. Hopefully, she is not a one-off character and never appear after that. But seeing she has connections with the Witch of Delays, I hope we can see her again. Furthermore, she told the girls to save the Witch of Delays which might suggest that the Witch could be a good person before she turns evil and seeing Bulter's monologue which means he could be the Big Bad in the finale. (The Bulter did it!)

The girls' new Excellent Tropical Style was fun and they are all barefooted which I wonder if they are on hard rock, wouldn't that hurt their feet? Furthermore, their finisher is so unexpected with a cute pink elephant rider kick the Yarande into oblivion! This is what I want to see in this series but somehow the last 5 episodes was a toll to get through. 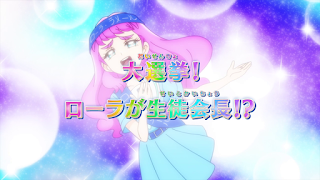 However the next episode, Laura wanted to be student council chairman and joined the school election. Another Yaranade appeared and can the girls hold on while Laura is having her election moments? Until then, stay safe and see you in the next post!