Hi, Everyone! This is my short review of Tropical Rouge Precure Episode 33 and I know I have not been doing any reviews but it is due to some personal and family matters. Furthermore, the last few episodes aren't that good to do a review. 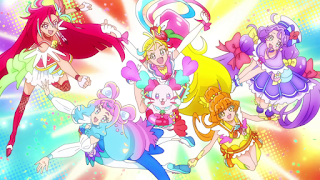 However this week Toei went all Pop Team Epic and basically give Precure on Drugs with 10 (or is that 11) short skits among the cast- From rescuing a turtle who invited all his friends to Manatsu's house for no apparent reason, the villains having their own downtime, Kyururu dreaming she is a Precure and so on. 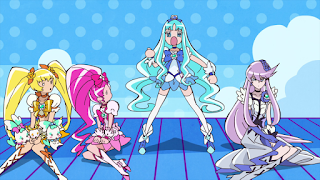 Of course, the highlight of the episode is a Cameo appearance of Team Heart Catch as Team Tropical Rouge watch videos of "Legendary Precures" and Laura commented they should look like elderly people which pissed off Cure Marine as she and the others were sitting on the rooftop of the clubhouse. 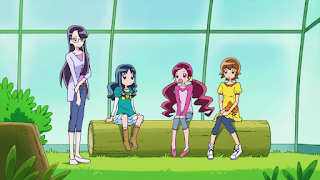 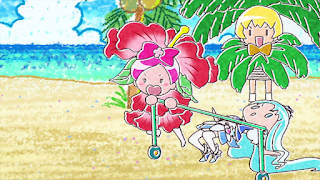 But then it was just a dream by Tsubomi who told her friends about Team Tropical Rouge although Erika think of something else about the team. I know this is to promote the upcoming crossover movie although I will rather have some foreshadowing like how Super Sentai and Kamen Rider will have sneak peeks or hints to their upcoming movies.

Anyway, the whole episode is just 22 minutes of crazy antics which I like some of it but it is better off like a spin-off series or extras in the Blu-ray and DVD's special features.