Hi, Everyone! This is my short review of Episode 18 of Delicious Party Precure for the conclusion of Amane's choice! Since most of you have already watched the episode, I will just give my thoughts about the episode. 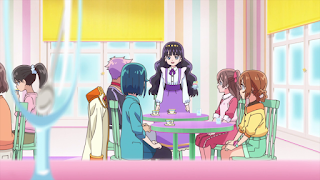 Basically, I felt it was expected for Amane to decline to become a Precure in the beginning since she has guilt over everything she has committed as Gentle. Even though we still don't know what causes Amane to join the Budoru gang in the first place. 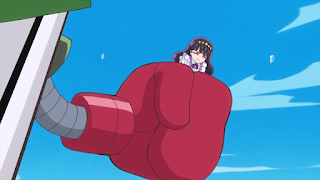 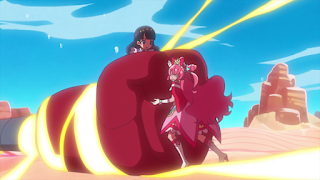 So when Narcistoru captured the Parfait Fairy and created an Ubauzo, it held Amane hostage leaving the girls in a tough situation to save her. But Cure Precious quote her grandmother's words of we can't change the past but we can create a future which finally woke Amane and resonate with the Heart Crystal that she is still carrying all this while. 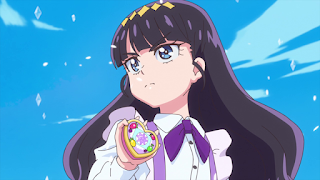 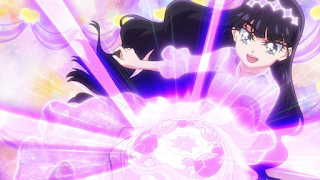 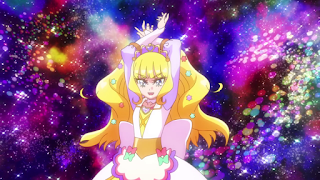 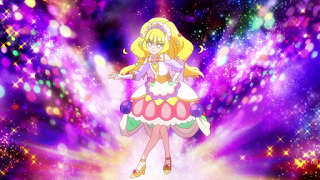 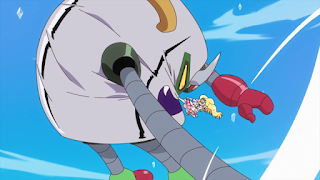 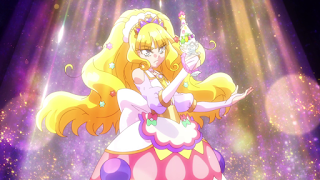 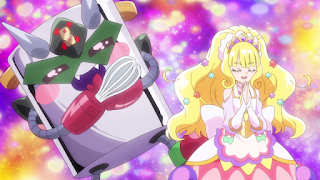 Amane finally became Cure Finale with her new transformation device-Heart Fruits Pendant and with her swift and powerful moves, she took down the Ubauzo with her finisher-Delicious Fruit Fanfare and saved the Parfait Fairy. Cure Finale herself is great in design but now we have two yellow cures in the team despite Cure Finale having shades of purple and white all over her costume. She definitely could stand on her own against the Ubauzo but then all new Cures tend to be overpowered in their debut episodes. 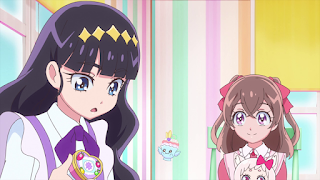 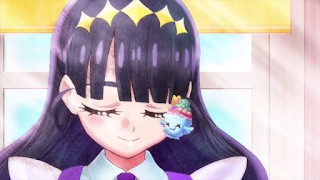 Overall, I like this episode but we still don't know much about Amane and the circumstances of her past sins which hopefully it will be addressed in the future. Furthermore, the girls have been battling two Ubauzo for the duration of one full day for these two episodes which rarely happened in Precure. Poor Takumi missed all the action but he was engaged in an errand as seen in the previous episode. 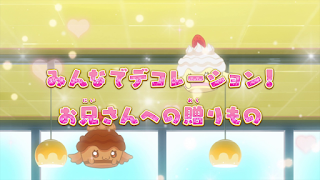 With Amane joining the team, the girls hope to learn more about her but Amane wants to make a birthday cake for her older brothers and tried her best to keep it a surprise in the next episode. Until then, not much else to say. Stay safe and see you in the next post!