Hi, Everyone! This is my short review of Episode 11 of Delicious Party Precure and expected, Gentle, laid a trap to corner the girls with the one thing they fear most-a test! 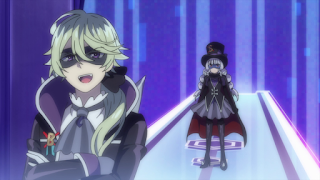 Gentle confronted Narcistoru after the last battle since pouring her energy caused the fairies to be in great pain but Narcistoru just shunned her views and claimed she still failed her mission despite given a more powerful capture device. 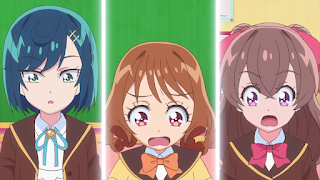 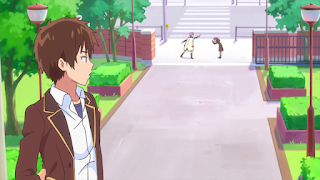 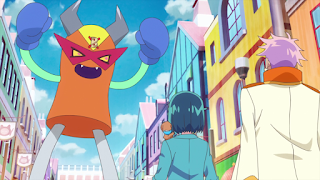 Gentle as Amane decided to set a mock-up test for the whole school at the last minute and as a result, both Yui and Ran failed the test and had to stay behind for make-up assignments. At the same time, Gentle captured two fairies from the Potato salad store. Kokone then faced the Ubauzo alone and Rosemary went after Gentle. 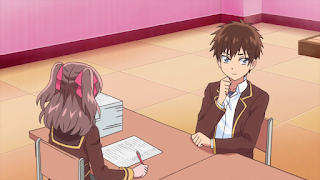 Takumi saw Yui and Ran struggling in their assignments and immediately got dragged by the two girls to help finish their assignments. Takumi then asked Yui if Rosemary is connected to the Ubauzo's appearances in town which Yui played dumb. But Takumi mentioned that the Ubauzo seems to be scaring people off instead of doing any serious damage to the surroundings. 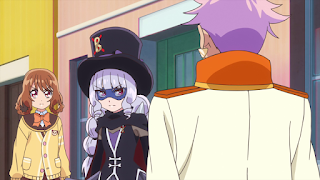 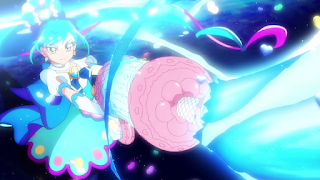 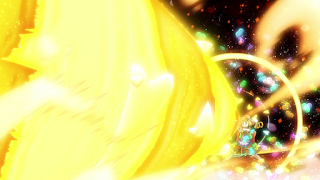 Ran finished her assignments first and joined up with Rosemary to confront Gentle. The three of them entered the Delicious Field with Yui joining last with Kome Chan. Cure Spicy finished off the Ubauzo with her Heart Juicy Mixer and Cure Yum Yum blasted Gentle with her own Heart Juicy Mixer. 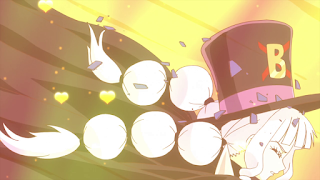 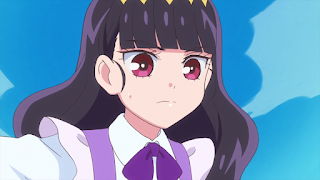 Gentle's mask broke revealing to be Amane in front of the girls. Amane's eyes changed from Red to Blue and she seemed confused about what is going on. Suddenly Narcistoru dragged her back to their lair leaving the girls confused about the predicament...

The old "Keep the girls busy" plan that Gentle had nearly succeeded if it wasn't for Takumi aiding Yui and Ran to finish their assignments. But at the same time, she is still conflicted about her recent actions and both Narcistoru and Secretor have already reported the matter to Lord Godatz. Narcistoru is definitely going to try to break Gentle/Amane even further in the next episode which we will probably find out what really happen to Amane that led her to become Gentle.

I was disappointed that Cure Spicy and Cure Yum Yum's attacks with the Heart Juicy Mixer are exactly the same as Cure Precious despite having different names for their attacks. Hopefully, we get a better team attack for the next power-up. Hearing what Takumi has to say about the Ubauzo also has Yui suspecting that Gentle might not be as bad as they think she is since she only focuses on capturing the fairies and battling the girls instead of rampaging the town which oddly enough, Gentle mentioned it is not her style to have collateral damage and focus only on the target which in this case are the fairies. She even apologized to the fairies when they are in pain but somehow this caused her to struggle with her internal self. 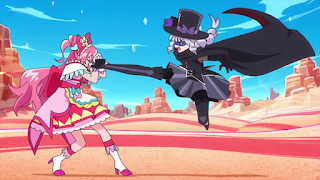 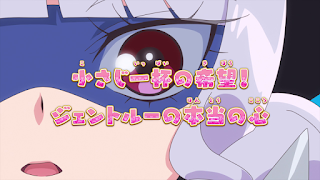 Since this episode ended with a cliffhanger, we have to see what happens next in the next episode preview, Gentle was brainwashed again and confronted the girls with a vengeance. Can the girls able to bring Gentle/Amane back to her senses? I know this season is moving fast with Gentle's arc but it is necessary because of the delays, I don't mind having the main plot move now rather than later but I am also worried about what happened after bringing Amane to Team Delicious Party? Will there be more fillers just to fill up the rest of the season? Hopefully, I am wrong and we can have a more plot-focused season than last season's disaster. Until then, stay safe and see you in the next post!