Hi, Everyone! This is my review of Tropical Rouge Precure Episode 37 and even though we are getting a power-up in this episode, I was more interested in the development between Laura and Manatsu and the connection between the Legendary Precure and the Witch of Delays. 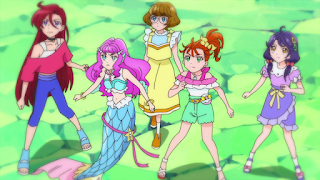 So the girls were swept out of the palace and found the whole place is in ruins. They looked around to find the place where the Queen was held and stumbled into a room full of glowing shells. The girls realised they are memories of past mermaids who went up to the surface world. Laura held one and was shocked by what she found. 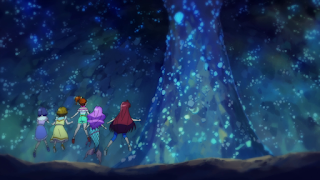 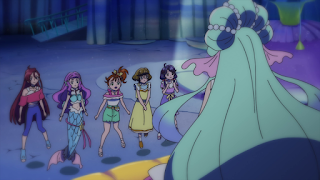 But she kept quiet about it and soon they found the Queen and the natives. We also know the Queen full name-Melusine Muses Mnemosyne and she also informed the girls of the Witch of Delays' plan of opening the Fool's Casket which is the big round thing that held motivation power in the Witch's chamber. 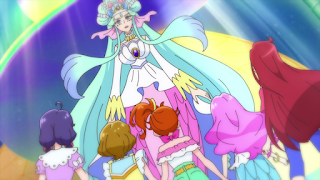 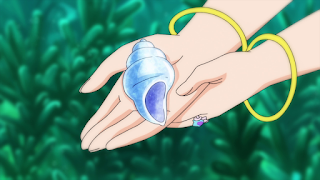 The generals were discussing among themselves how they will gain immortality if the Fool's Casket is full but Elda suspected Bulter is hiding something from them. Laura then confronted Melusine about the memory shell. She explained that it is the law of Mermaids that mermaids are not to make contact with the surface world and if they do, their memories will be erased. Humans who discovered their secrets will also have their memories erased. 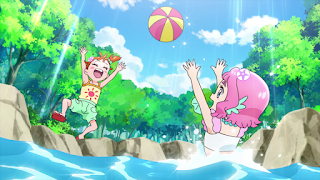 Manatsu touched the shell and realised that she and Laura met each other once when they were kids but Laura did not return the next day which upset Manatsu. However, her father told her that to always ask someone's name the first time she meet and always do what is important now than later. 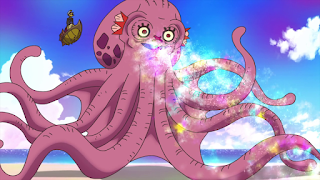 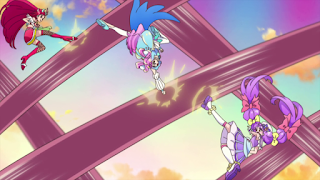 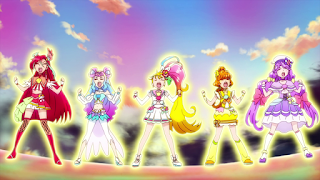 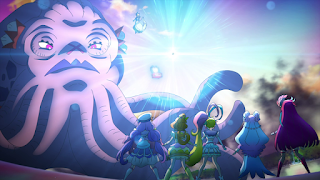 The girls saw Bulter is attacking the city with the Super Yaranade and went to confront it. They tried to take on the Super Yaranade but it was too strong. But somehow their emotions reacted to the stolen Marine Ring which was sent over through the Dresser Kit. 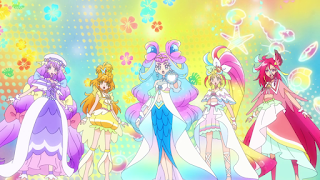 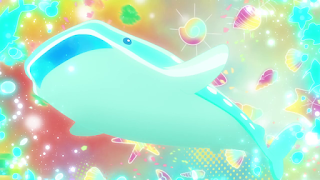 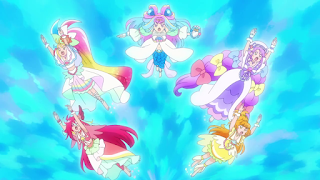 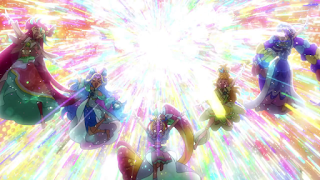 With the Marine Ring, they used their new attack-Precure Marine Beat Dynamic which created a giant whale that flipped the Super Yaranade to finish off. 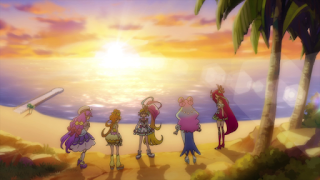 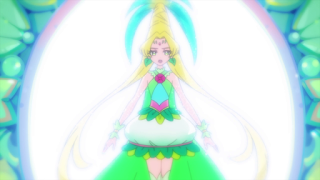 After the battle, Cure Summer told the others despite knowing that their memories will be erased once everything is over that not to give up and do what is important now and that is to defeat the Witch of Delays. Melusine was also contacted by the Legendary Precure, who despite not having a physical body wants to save the Witch of Delays for some reason. 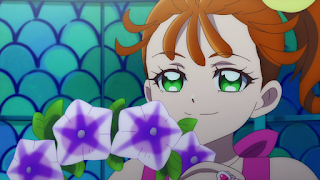 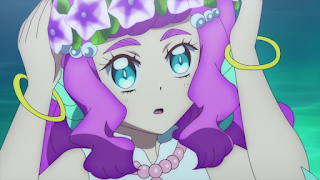 That night, Manatsu presented Laura with a flower crown made of Beach Morning Glory which she promised to give her as a child. She told Laura that not to worry as she and her friends are all here to support her in the future...

So I really like that it explained Manatsu's back story of why she was so positive and her motto of always doing what is important now came from. Furthermore, Manatsu never forgets about Laura when they were kids and she fulfilled her promise of presenting her a flower crown at the end of the episode. Although their memories might be wiped by the end of the series, maybe that can be changed if Laura becomes Queen and had that law abolished. We have to see how it goes in the end.

I also like how we have some plot development of what is the endgame for the Witch of Delays but like how Elda suggested that Bulter has some hidden agenda that he has not told the generals and maybe the Witch which will probably be revealed in the future. It is also to note that the Legendary Precure is somehow watching the girls and I have a feeling she will have to appear to aid the girls knowing she might fall without a physical body. 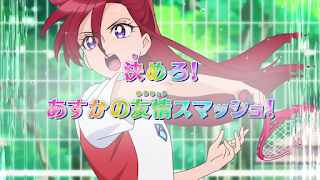 Overall, some good development after the last power-up episode. Next episode, Asuka is graduating soon but she has to settle her disagreements with Yuriko. Can both girls able to make amends? Until then, stay safe and see you in the next post!