Hi, Everyone! This is my short review of Tropical Rouge Precure Episode 21 and it looks like we are getting a new power-up very soon! 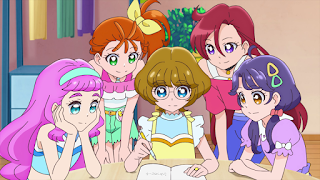 Basically, Manatsu suggested for the girls to spent the summer camp at her home island which everyone was excited about it and the preparations the girls went to was hilarious. From Sango bringing her make-up kits, Minori with her books and Asuka who is the most normal brought her own pillow claiming she can't sleep without it. 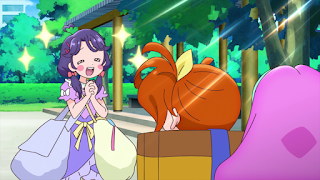 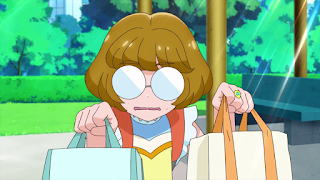 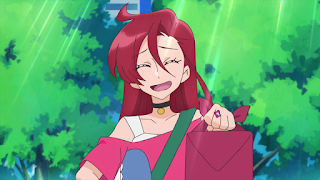 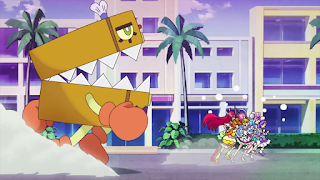 Of course, the episode also has Chongire turning Manatsu's luggage into a Zenzen Yaranade and it started shooting and throwing all of Manatsu's items like Mango buns for the villagers, beach volleyballs and little water pistols. 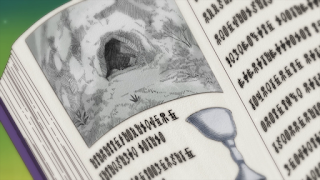 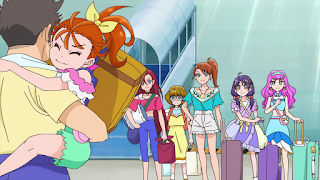 But the girls' teamwork and Cure Summer finding the key to lock the luggage saved the day and the girls arrived in time to catch the ferry with Manatsu's mother. But why is this a prelude to a new power? It is actually from Manatsu's talk about how years ago, pirates hide their treasures in the caves on the island and Bulter found a suspected clue to a treasure hidden on the same island. 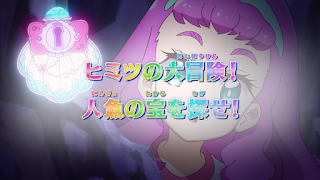 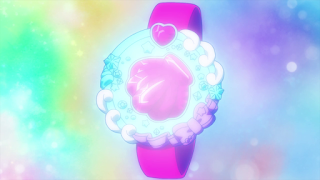 Furthermore, the trailer for next week's episode shows the girls exploring the caves and a special ring appeared in front of them! What could this ring be? As this is a set-up for the next episode, we will have to see what happen next. Until then, stay safe and see you in the next post!