Hi, Everyone! This is my review of episode 29 of Healin' Good Precure and I was right about how Nodoka is feeling stressed after learning that she created Daizuren and blamed on herself. 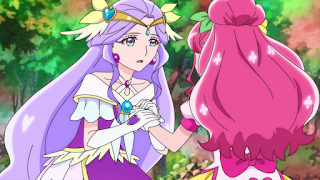 To counter it, Nodoka started going on long jogs in the morning and eating heavily during their break. The others girls also noticed something was wrong with her and true enough when a Megabyogen appeared and Cure Grace rushed in without a plan, Cure Earth told her that she is not to be blamed for creating Daizuren and should rely on her friends for help. That ended quickly since Cure Grace should learn to accept her friends' help and everything went back to normal including the completion of all the Healing bottles. I was thinking that they should let Nodoka have her issues occurred for several episodes to see the seriousness of her actions and how her friends tried to help but she rejected them at first until things go out of control and she realised the mistake she makes.

That will give some complexity for our characters but things were resolved immediately in this episode which leaves no lasting effect but an only minor inconvenience. 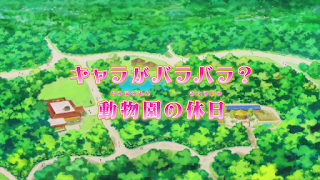 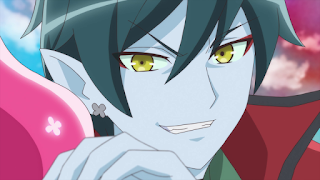 Overall, it was a good idea for Nodoka to reflect on how Daizuren was created by her but the execution was too short and in the next episode, the girls go to the zoo (of all places) but it looked like Daizuren is up to his tricks for Cure Grace to confront him again. Until then, stay safe and see you in the next post.

P.S: I am aware in the same episode, that a schoolmate of Nodoka has a similar issue like her as she wants to improve better in her trumpet performances but she and her Captain were probably one-off characters so I didn't add them into the review.