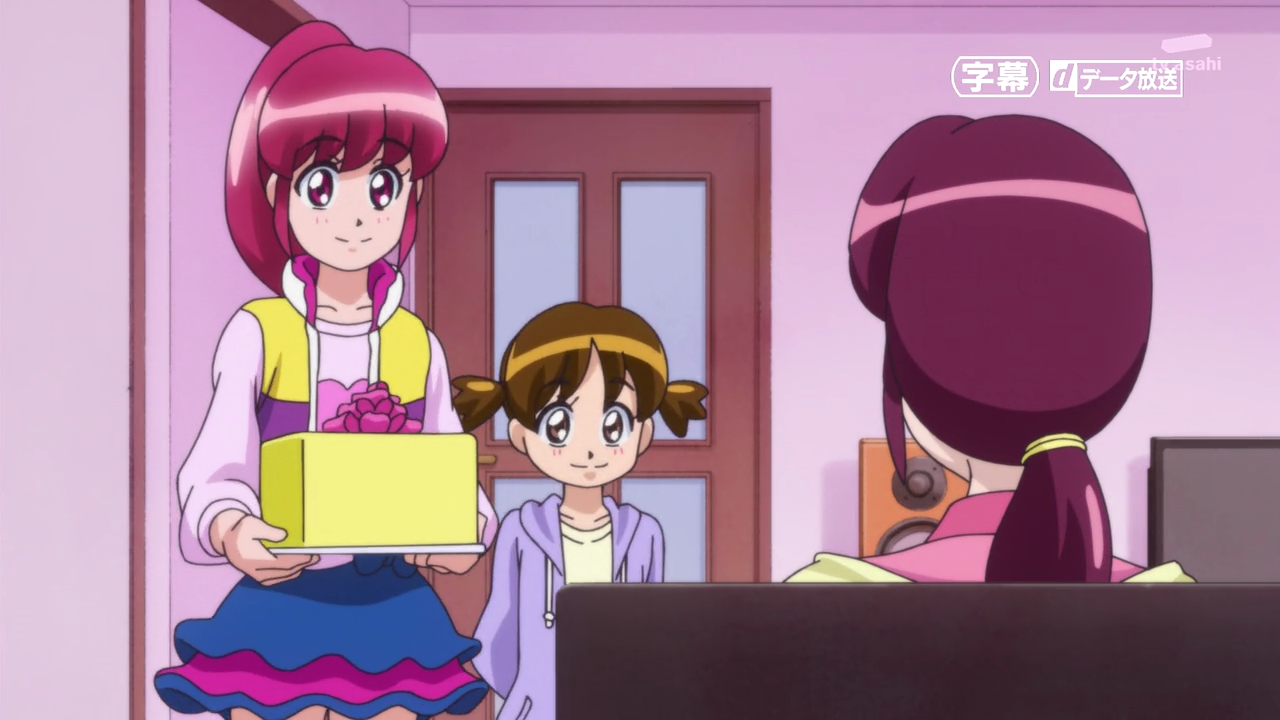 It is Mother's Day and Megumi, Seiji and Mao celebrated with their mothers. Later Hime baked cupcakes to commemorate Mother's Day. Megumi and Yuko suggested that they go to Blue Sky Kingdom and present the cupcakes to Hime's trapped parents. 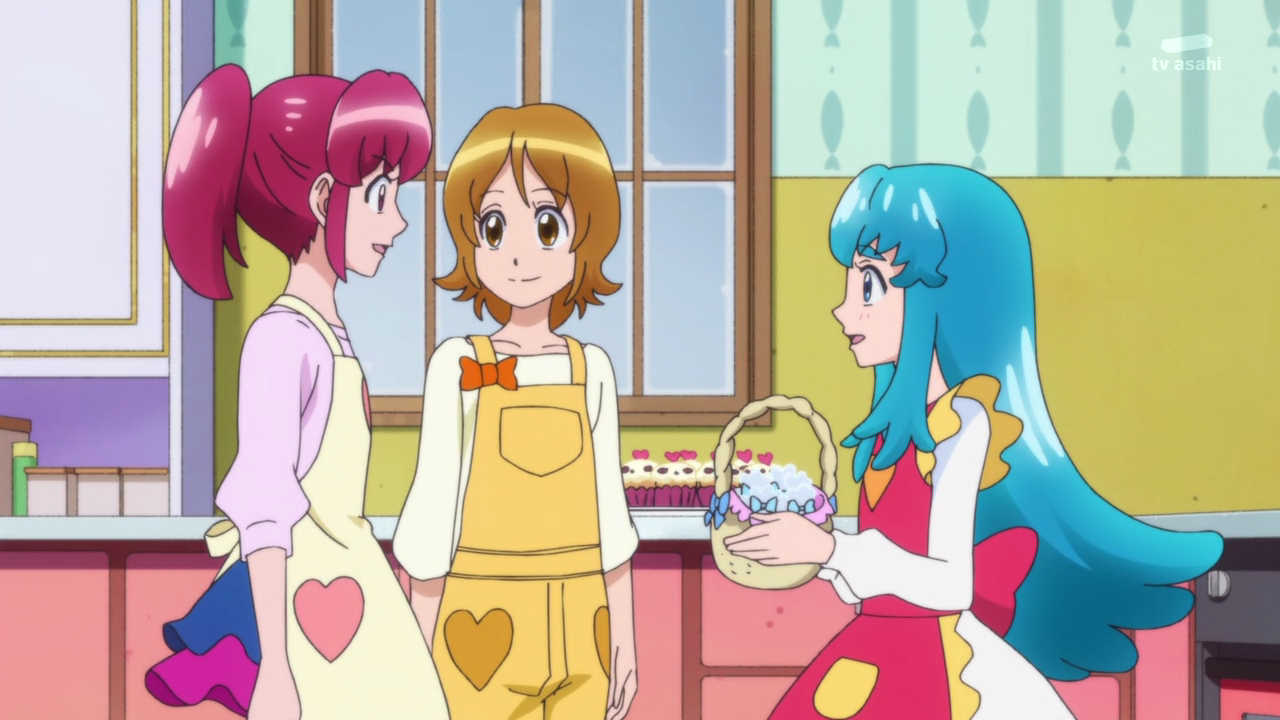 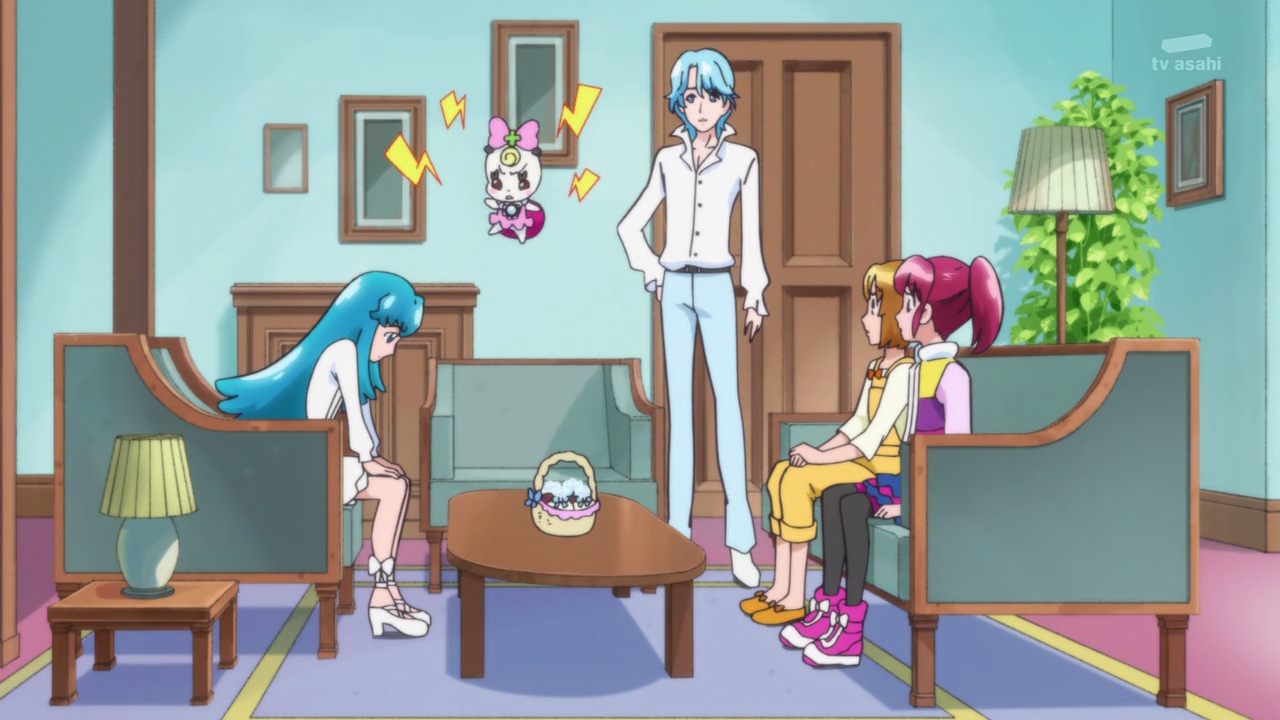 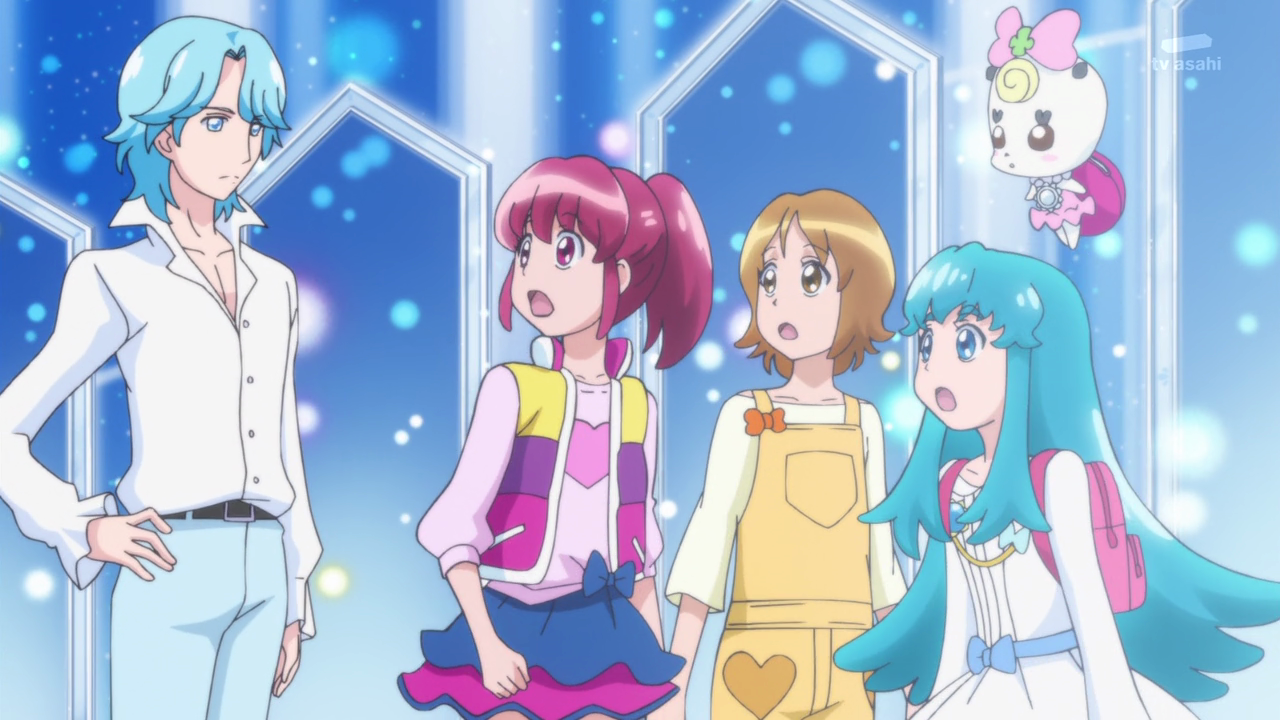 Hime tried to keep cool about it but Megumi and Yuko knew that deep down, she want to see her parents again. They told Blue and Ribbon which the latter was against it. However Blue agreed and brought them to the Cross Mirror Room. Blue showed them the mirror leading to the Kingdom but warned due to the Phantom Empire's powers have overwhelmed the land, their Precures' powers were reduced to half or less. 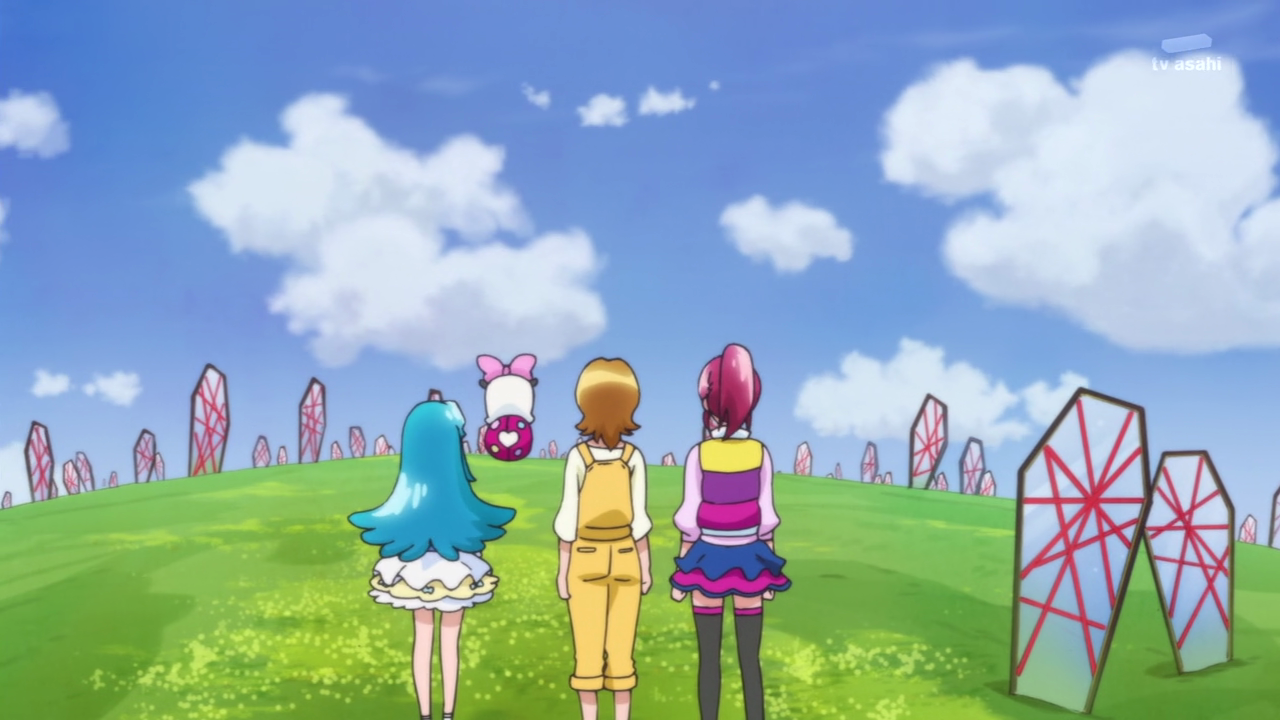 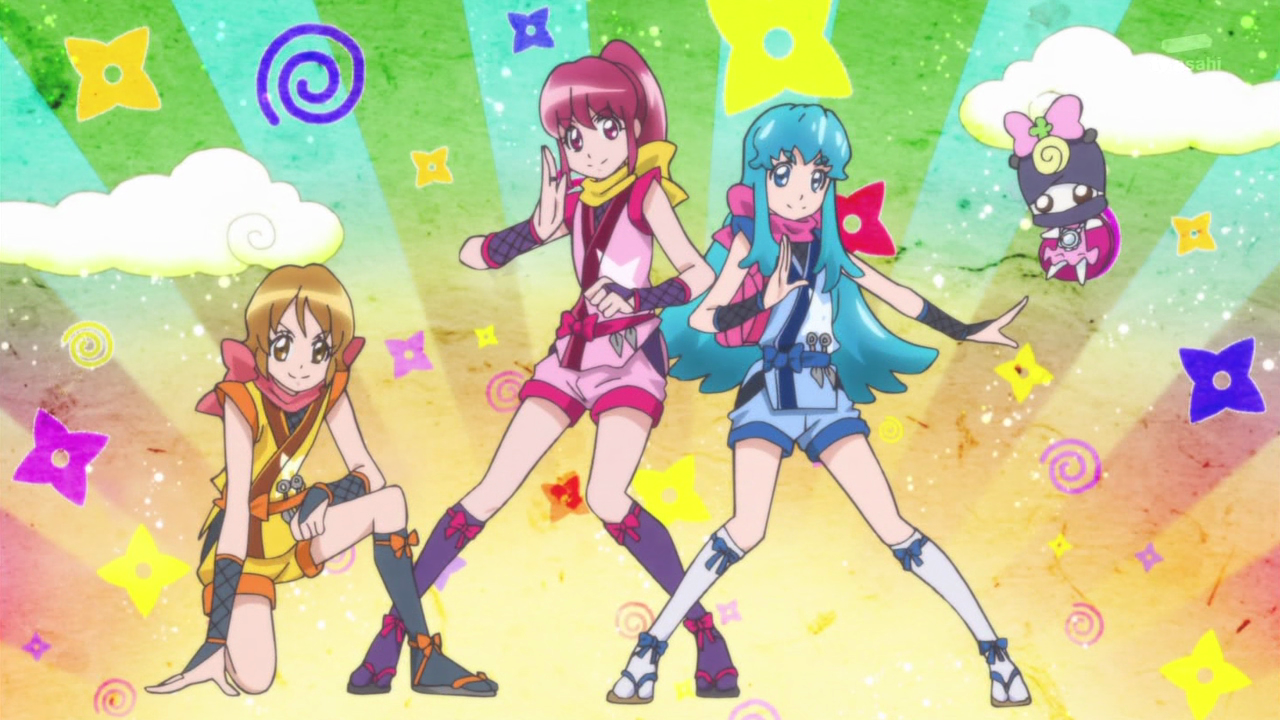 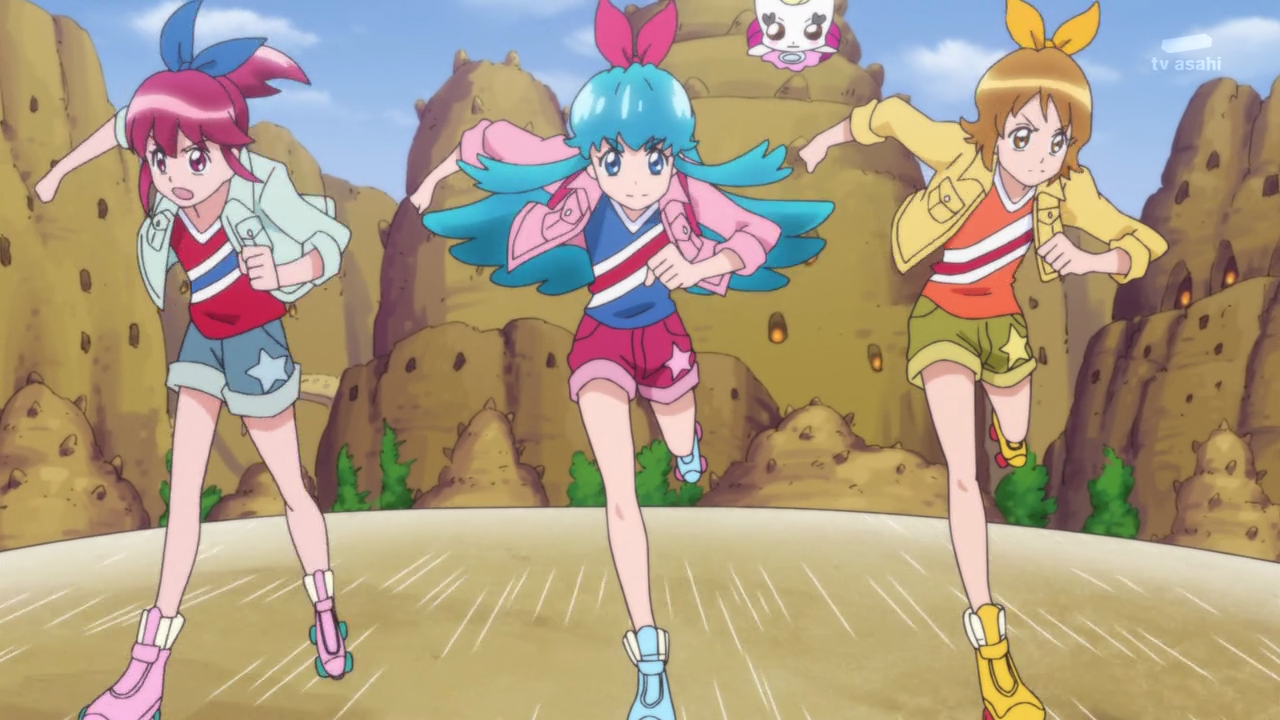 The girls were ready and entered the mirror. They hide in an alley to avoid the Saiark's patrols and then used the Ninja PreCard to sneak their way to the castle. However their covers was blown when Yuko's stomach rumble when they were hiding. The girls then used Roller Skates PreCard to avoid the patrols. 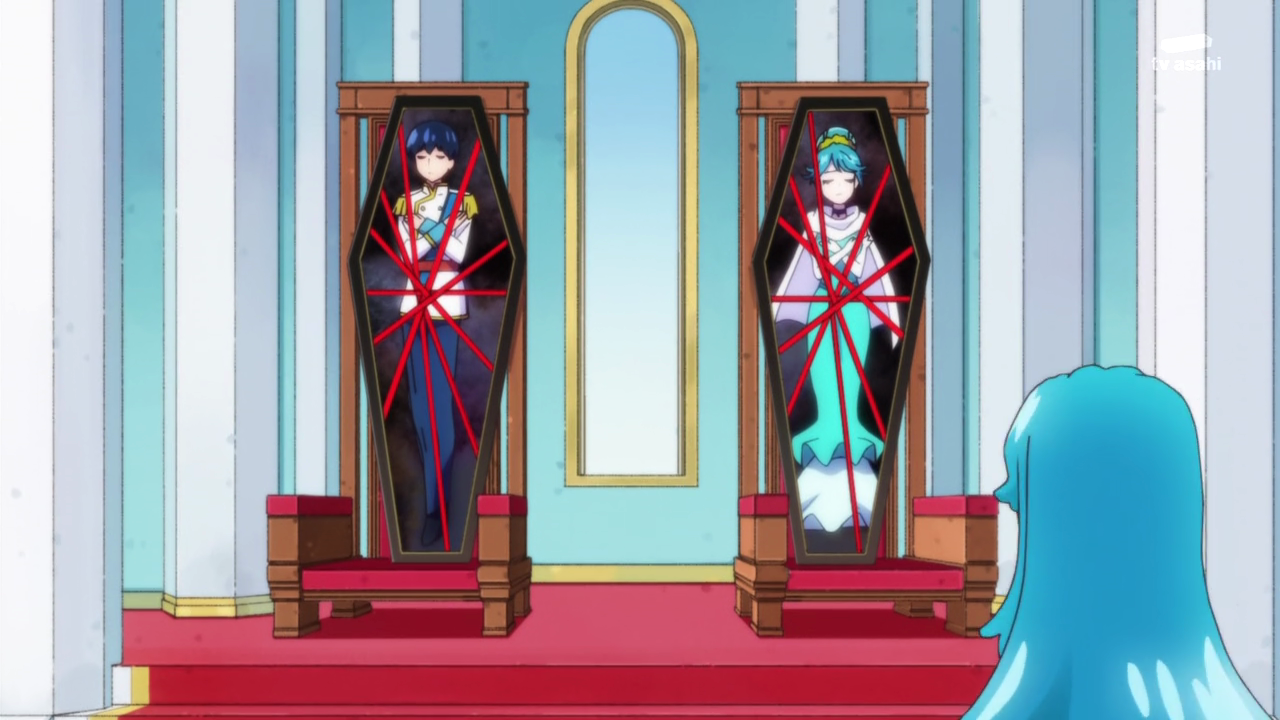 When they arrived at the garden, Hime led them to a secret passage which she used it as a child. They arrived at the throne room and saw Hime's parents, the King and Queen. She placed the cupcakes and spoke a few words to them. Suddenly the Choiark spotted them and they quickly transformed. 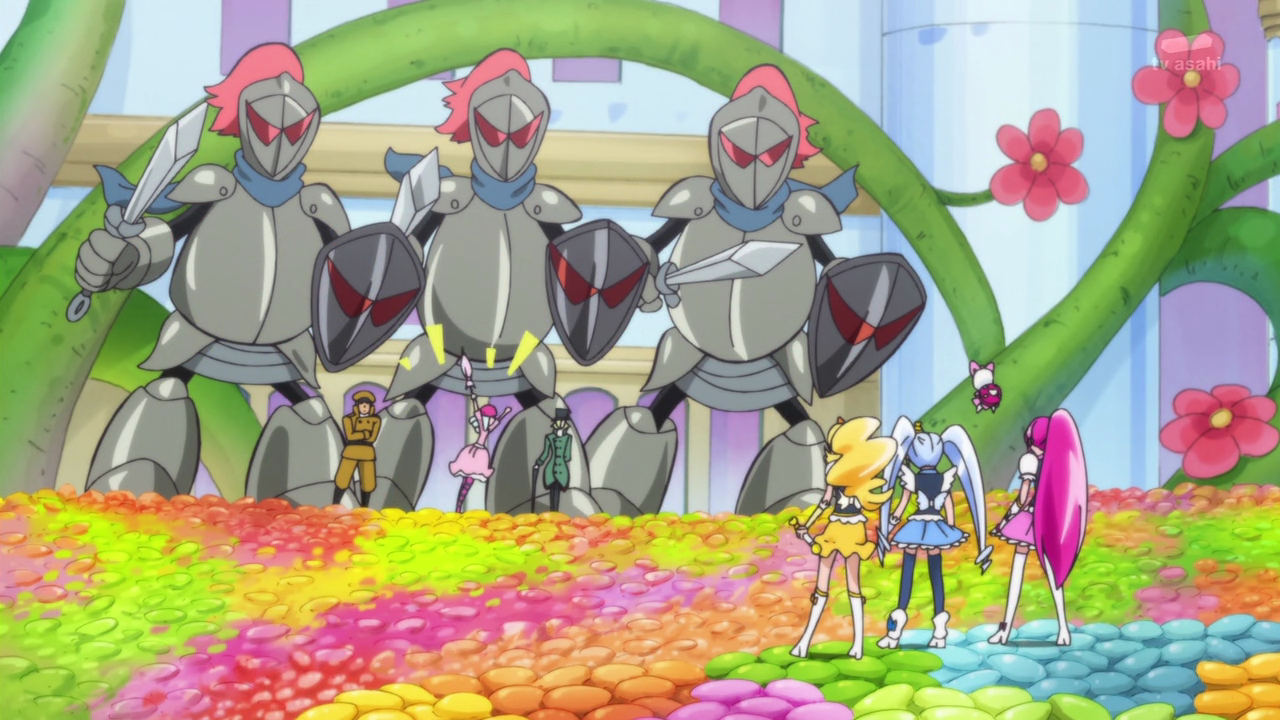 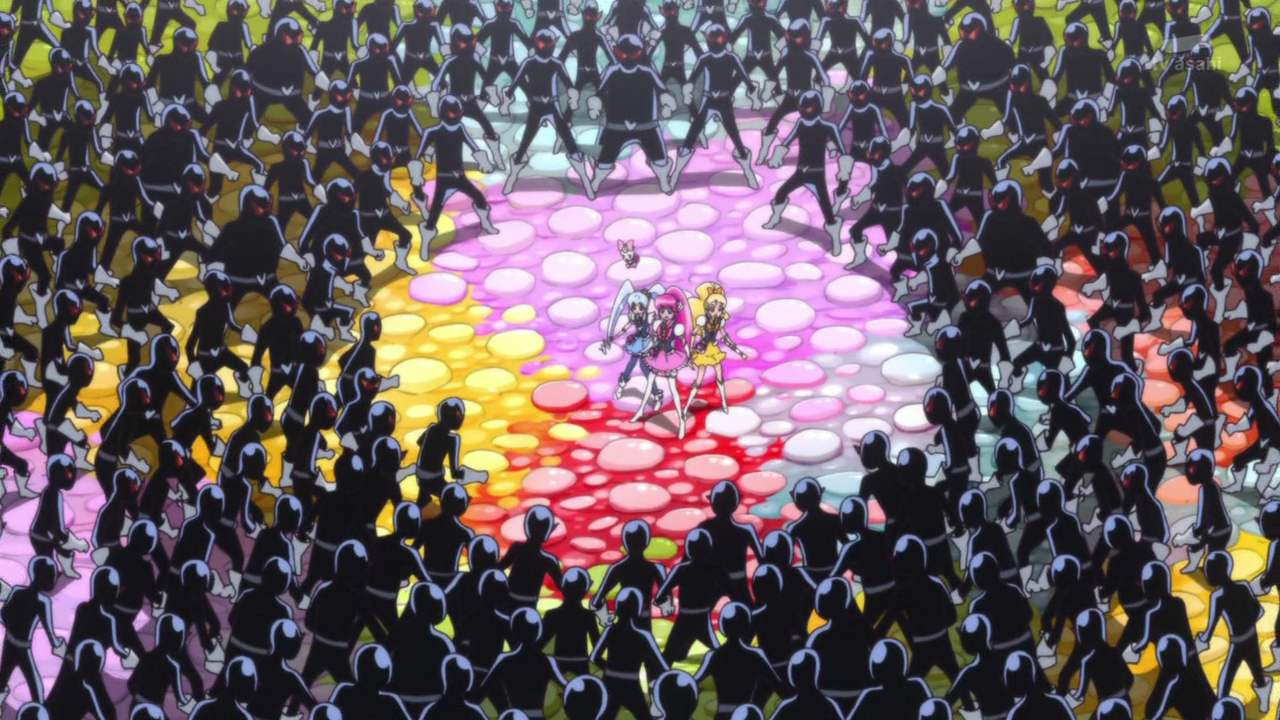 They tried to escape but the three Saiark generals were waiting for them. The girls tried their best to fight off the Saiark and Choiark but their powers were reduced and could not deal any damages to the horde. They were surrounded but Blue called them through the Cure Line and told them to head towards a portal that he created. 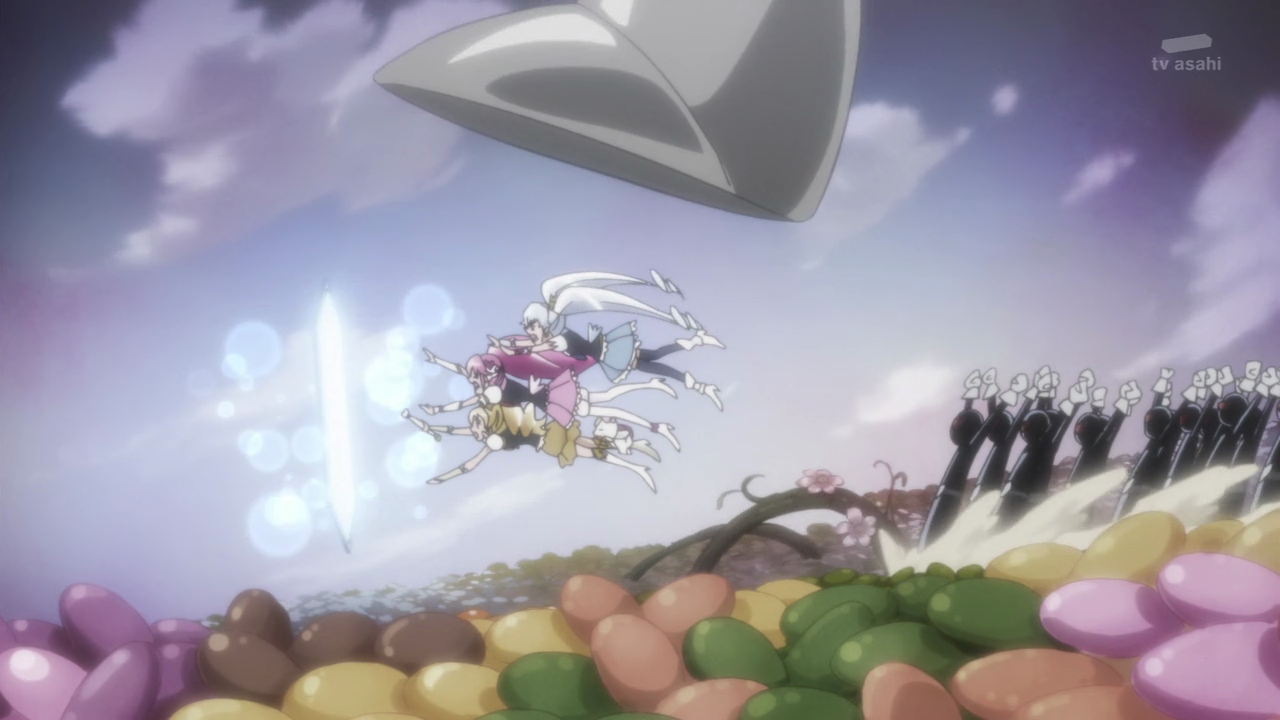 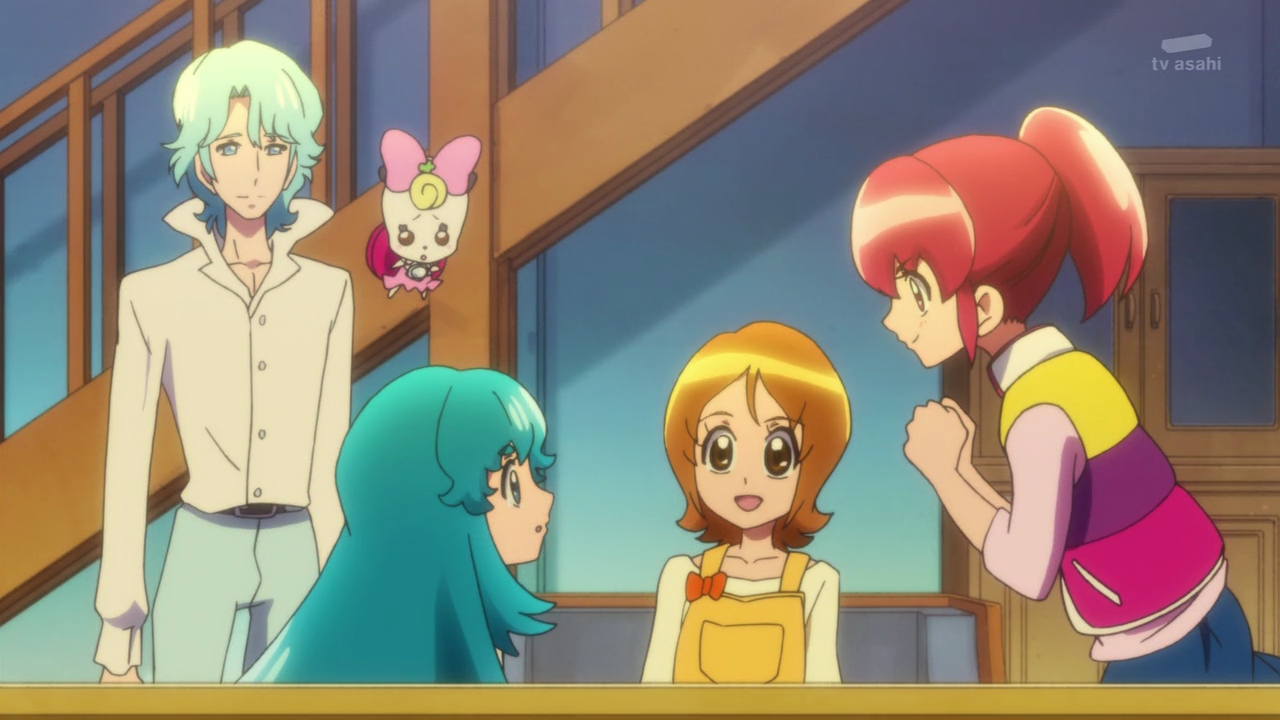 The girls rushed to the portal and make it before they were captured. A while later, Hime blamed herself for nearly getting everyone captured. However Megumi consoled her that they just have to become stronger so that they will be ready next time when they return to the Blue Sky Kingdom. Hime agreed and prayed that day will come...

So we finally get to see the fallen Blue Sky Kingdom and it is a living hell as the people are trapped in glass coffins including Hime's parents. Furthermore because of the negative energy in the Kingdom, the girls' powers were weakened which I am guessing that they will either have to get stronger or get an upgrade that will neutralise the negative energy and retain full power.

This episode, the girls used a lot of the PreCards to either sneak in or attack the Saiark and Choiark. Although I have to nitpick that the artworks for this episode is quite of strange because the girls were drawn like little girls. Hime also showed that she is homesick and tried to fight off the Saiark however they have no choice but to retreat this time around. Like the saying "He who run away today, live to fight another day." Don't worry, Hime. You will return and save your parents in the future. 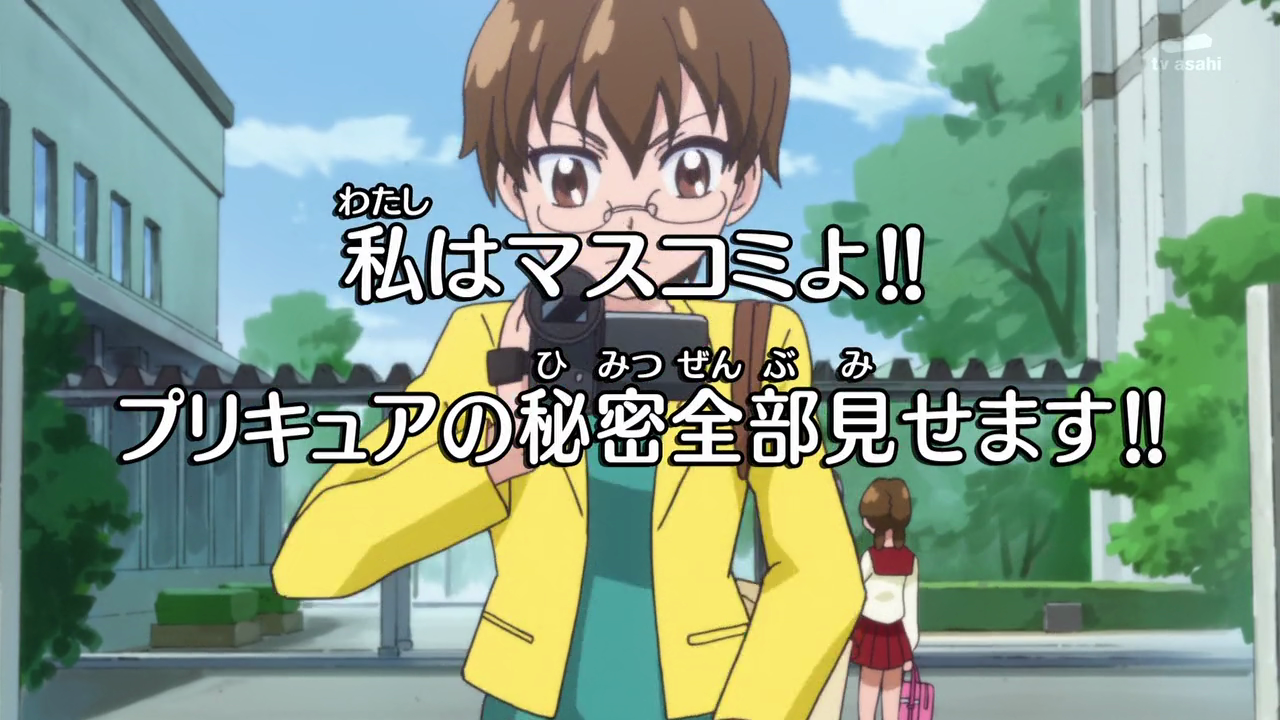 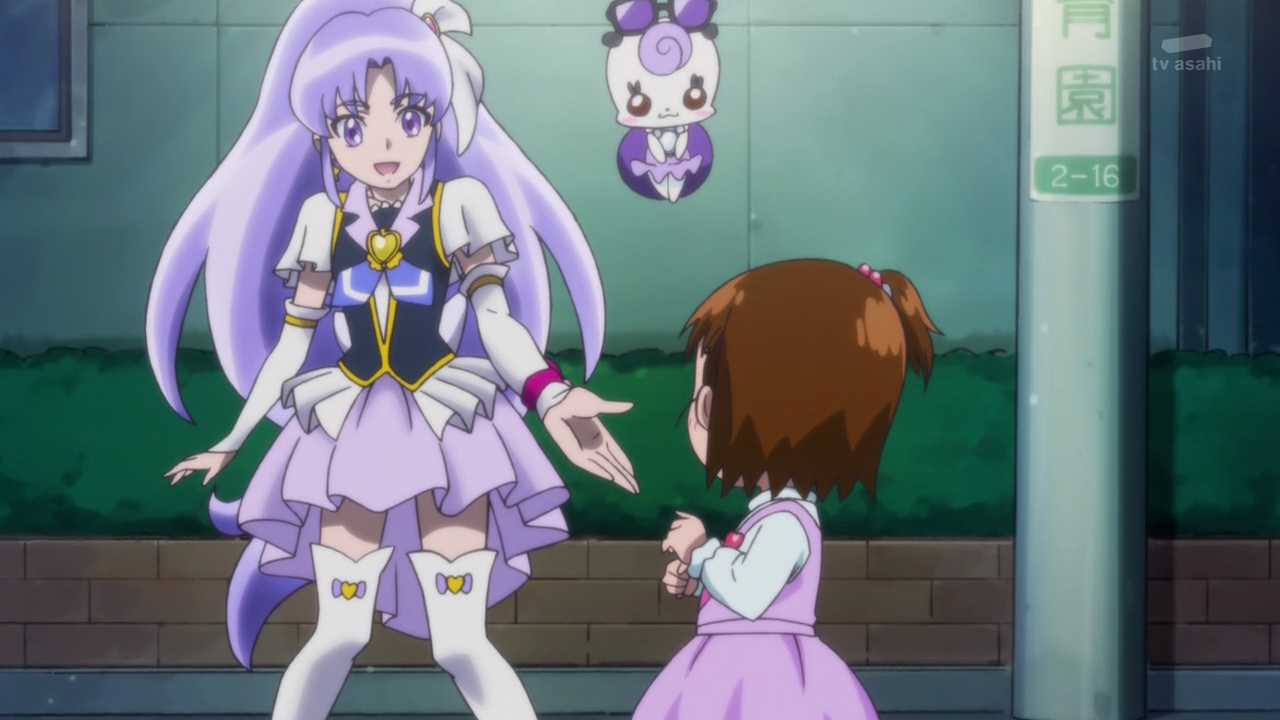 Next week, Mio, the Precure Weekly reporter try to learn more about the Happiness Charge team however Phantom is back and can our heroes be able to defeat him? Also, we see a more gentle side of Cure Fortune?!