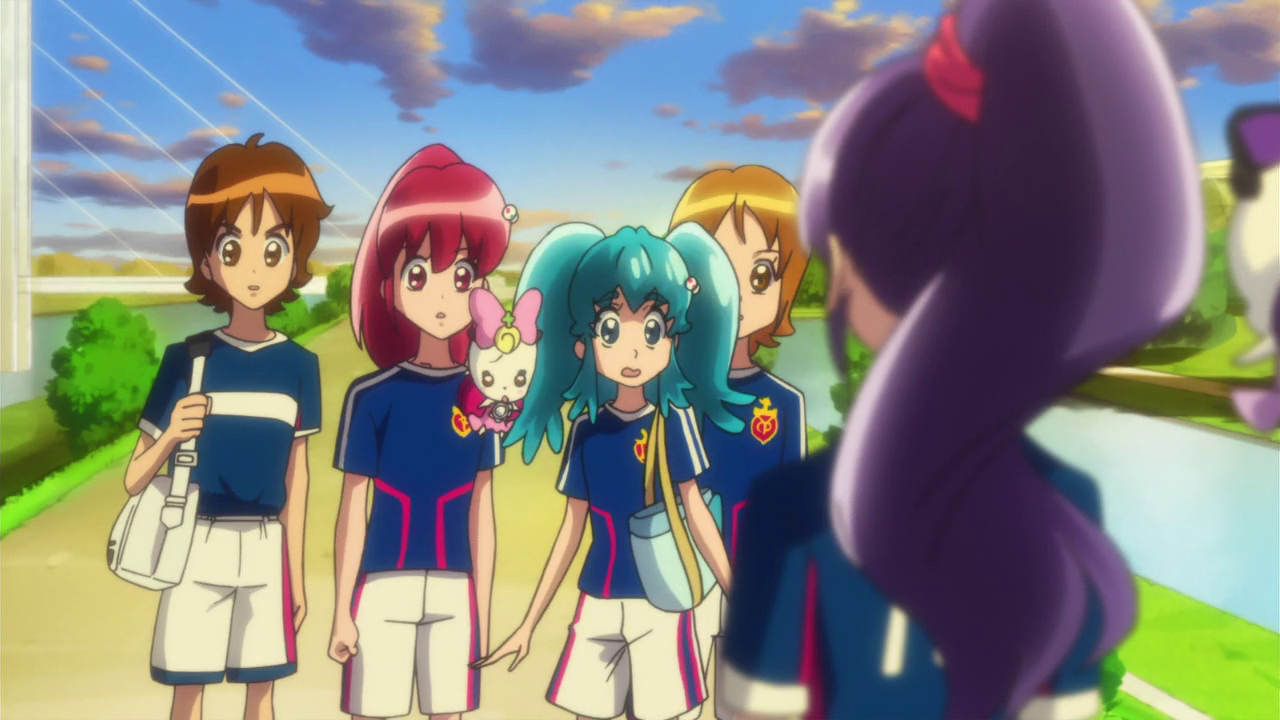 Iona told the girls that Hime was responsible for opening the Axia Box and releasing the Phantom Empire to the world. Because of that, Maria became a Precure but instead got captured by Phantom. 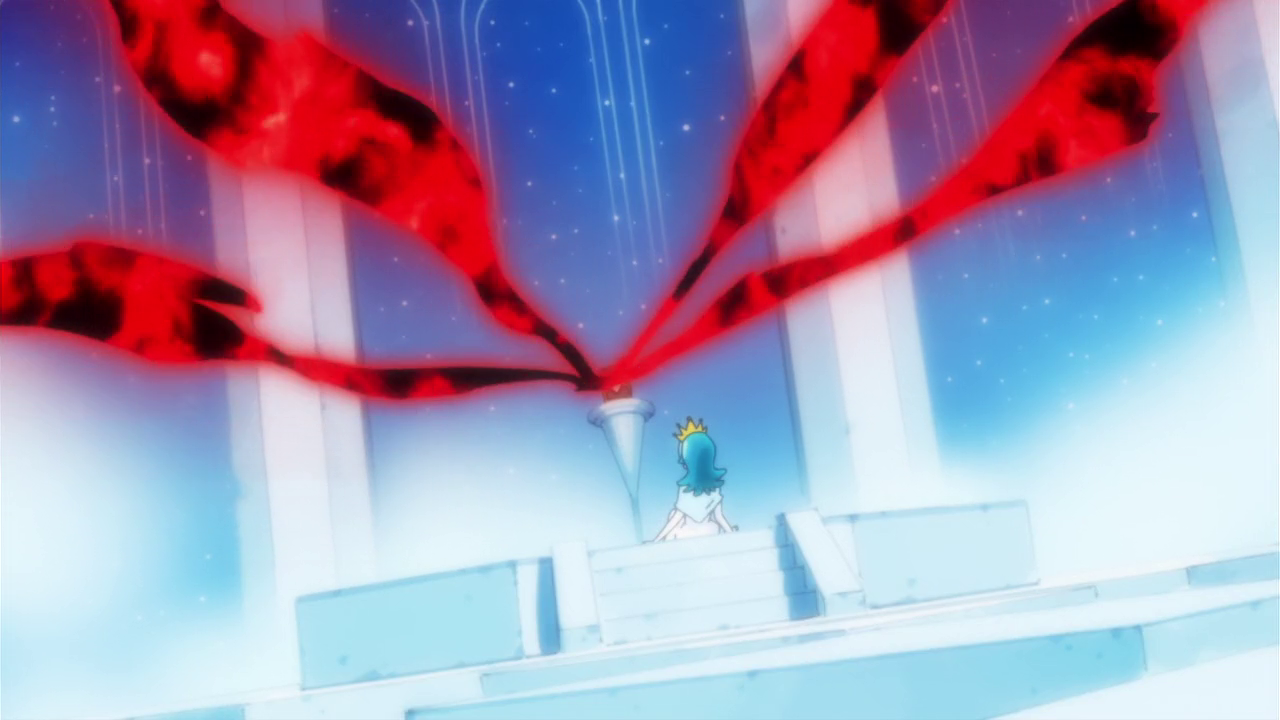 Hime claimed she was curious of the box and opened it despite being warned not to. She didn't mean to hurt anyone but Iona blamed her for everything that has happened. Hime ran away and before Megumi could chase her, Iona asked her to give her a reply on joining up with her. 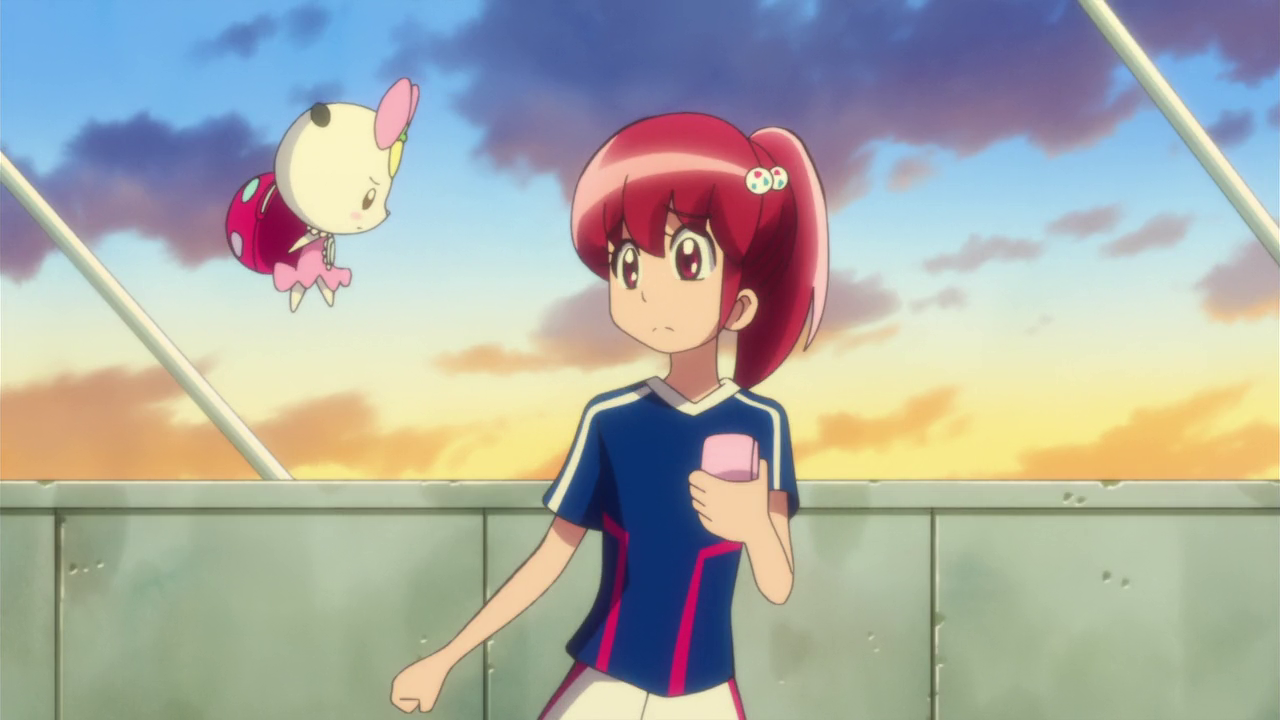 Megumi tried to call Hime through the Cure Line but she is not answering. Ribbon explained to her that Hime has been trying to tell her and Yuko the truth but she is worried that they will hate her after that. Hime, on the other hand hide inside a playground tunnel but was found by Yuko. (Hime was throwing sweet wrappers on the ground and Yuko just followed the trail.) 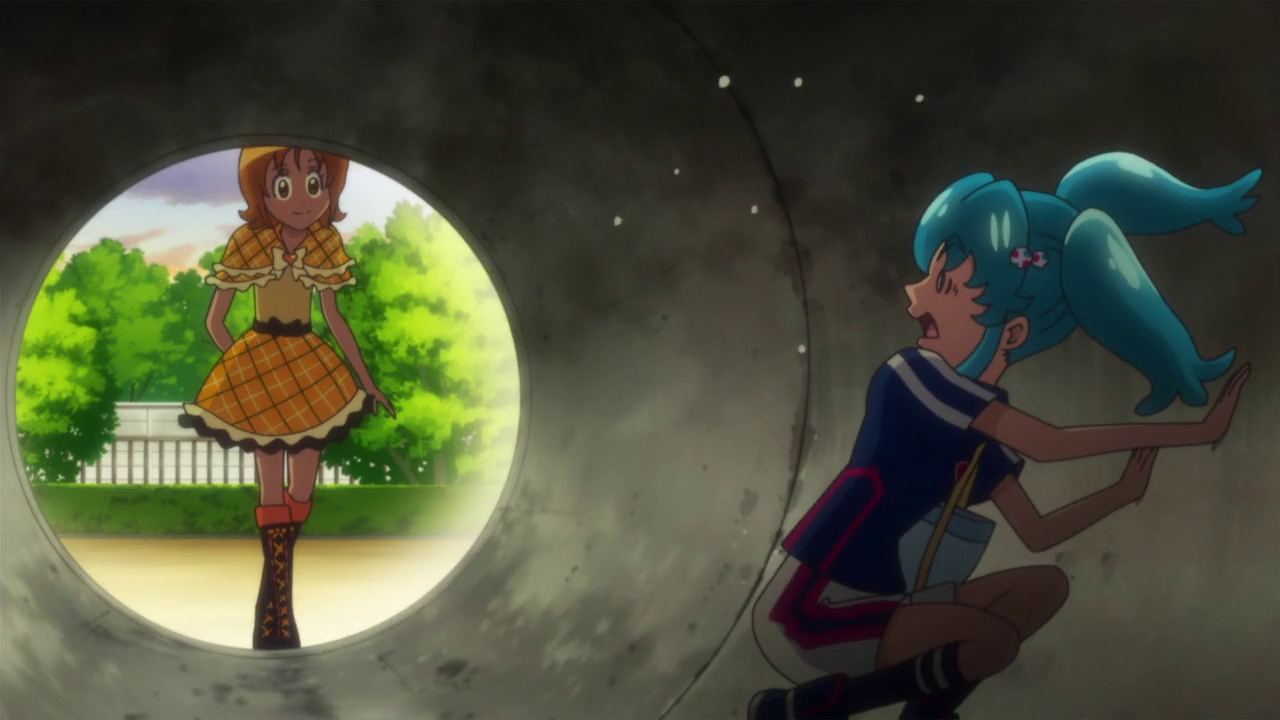 She tried to run away again but Yuko stopped her and explained that she too hide her identify of Cure Honey from them and knew what is like to tell the truth and fearing the rejection. Megumi told Ribbon that although Hime did opened the box but she has been trying to make amends by becoming a Precure. She then told Ribbon that she will never hate Hime because of her mistake. 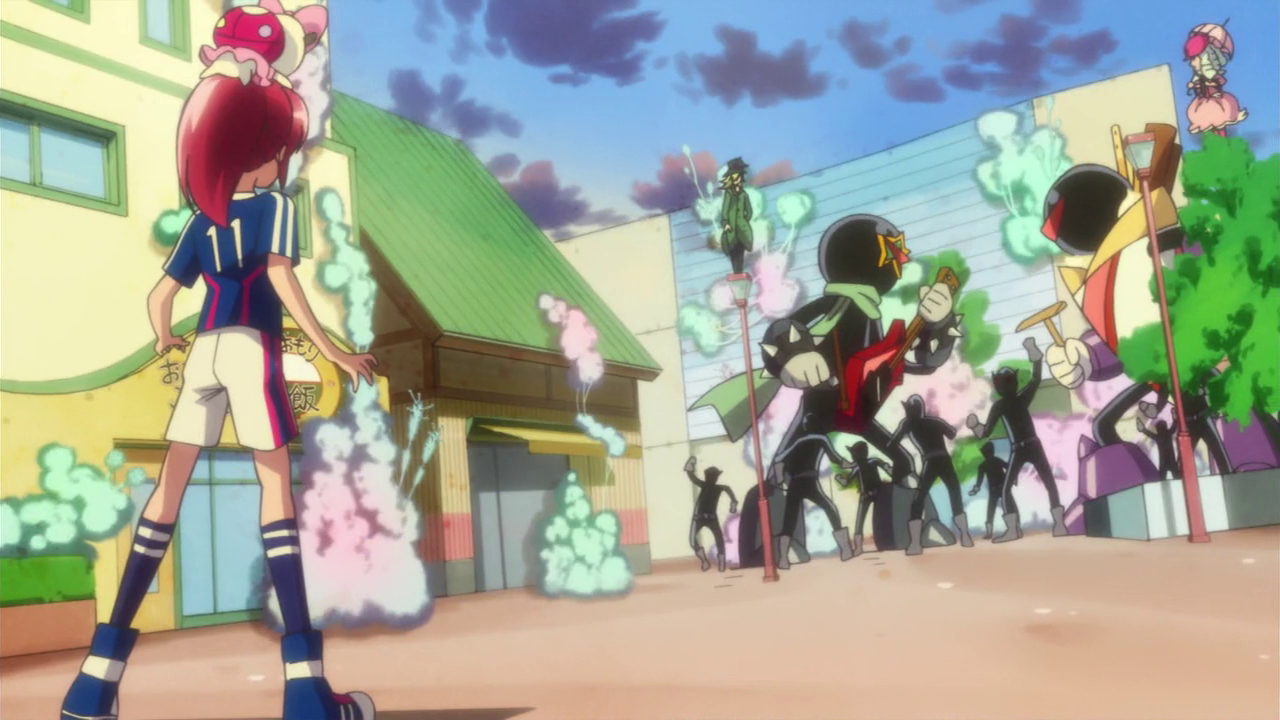 Meanwhile two Saiarks created by Nemakelda and Hoshiwa started attacking the shopping district. Megumi transformed and started battling them. Yuko heard the commotion from the passerby and wanted Hime to come along but she refused. She told Hime that she will still treat her as her friend despite her mistake and Hime agreed to go. 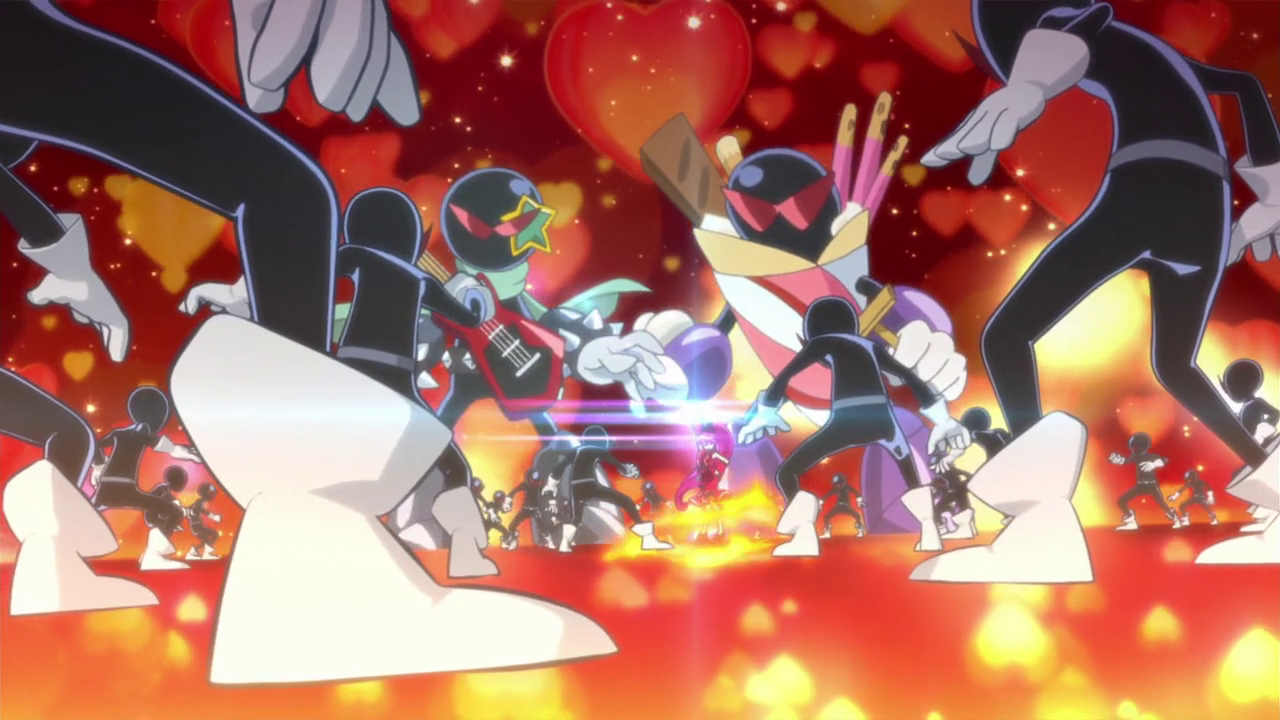 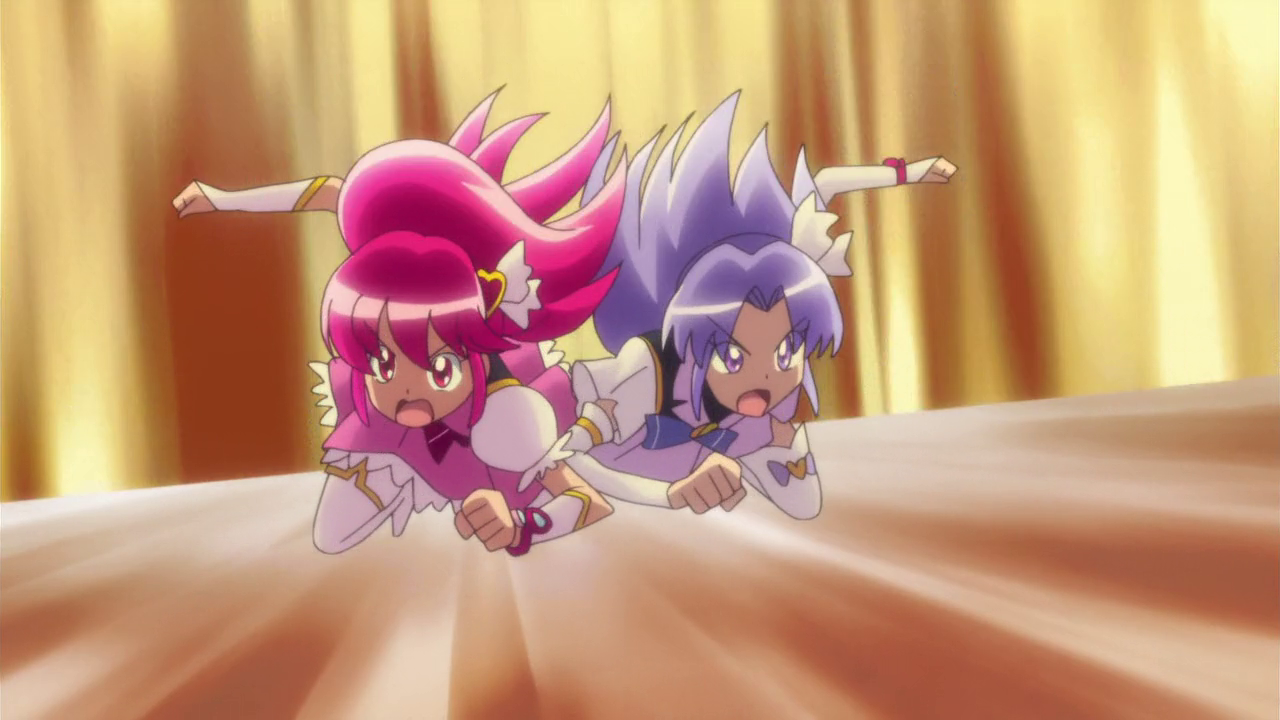 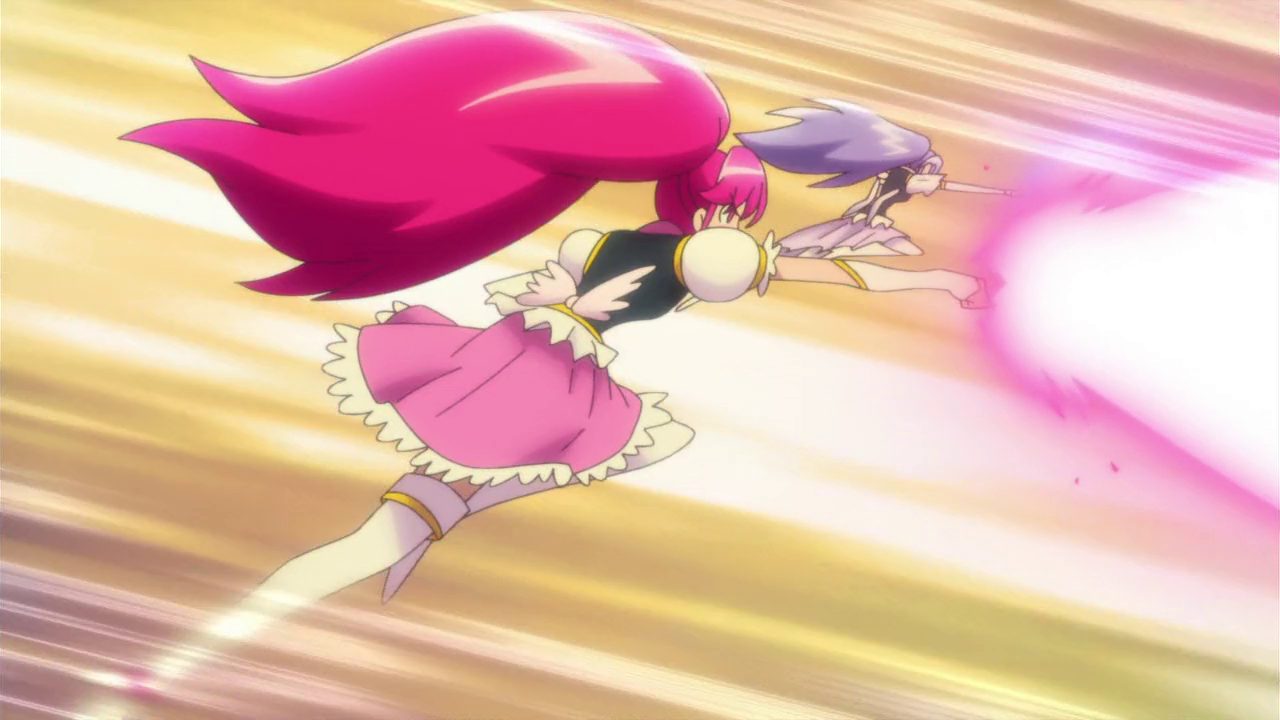 Cure Lovely tried her best to defeat the Saiarks but she is facing an uphill battle despite using many moves. Suddenly Cure Fortune arrived and she wanted to handle the Saiarks alone. But Cure Lovely suggested they work together which they did. Their teamwork was very good and finally defeated the Saiarks. 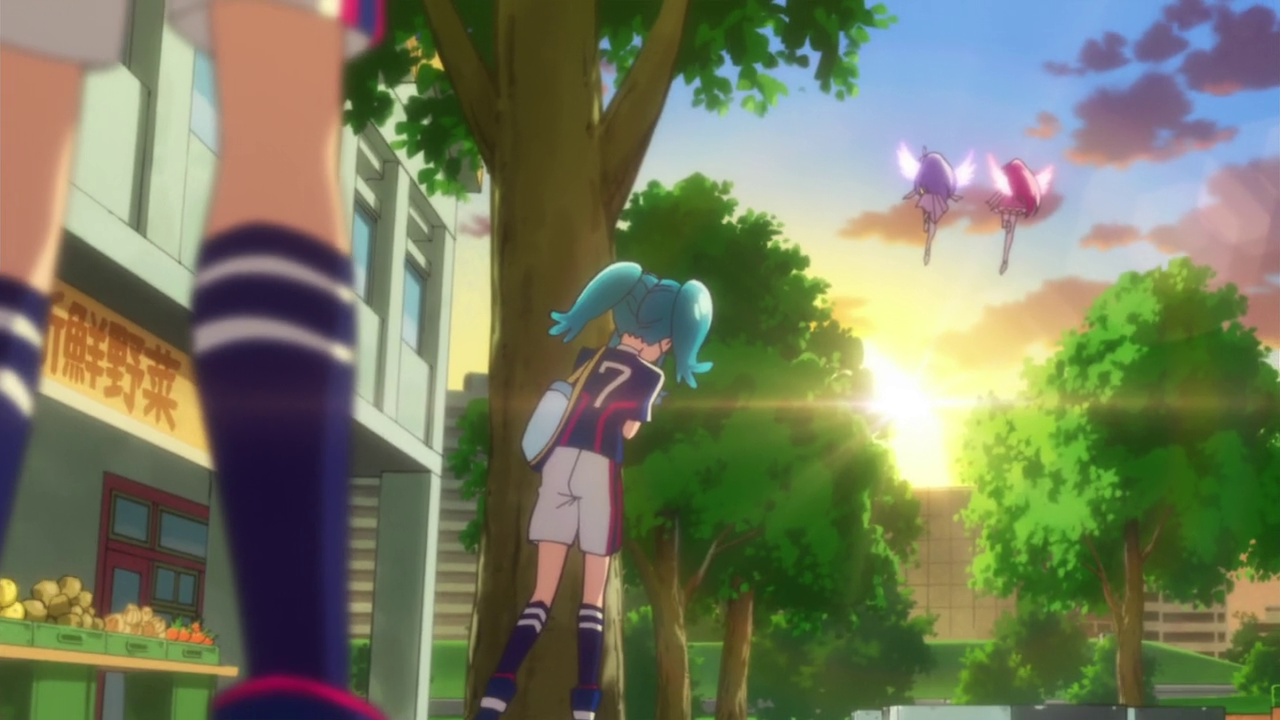 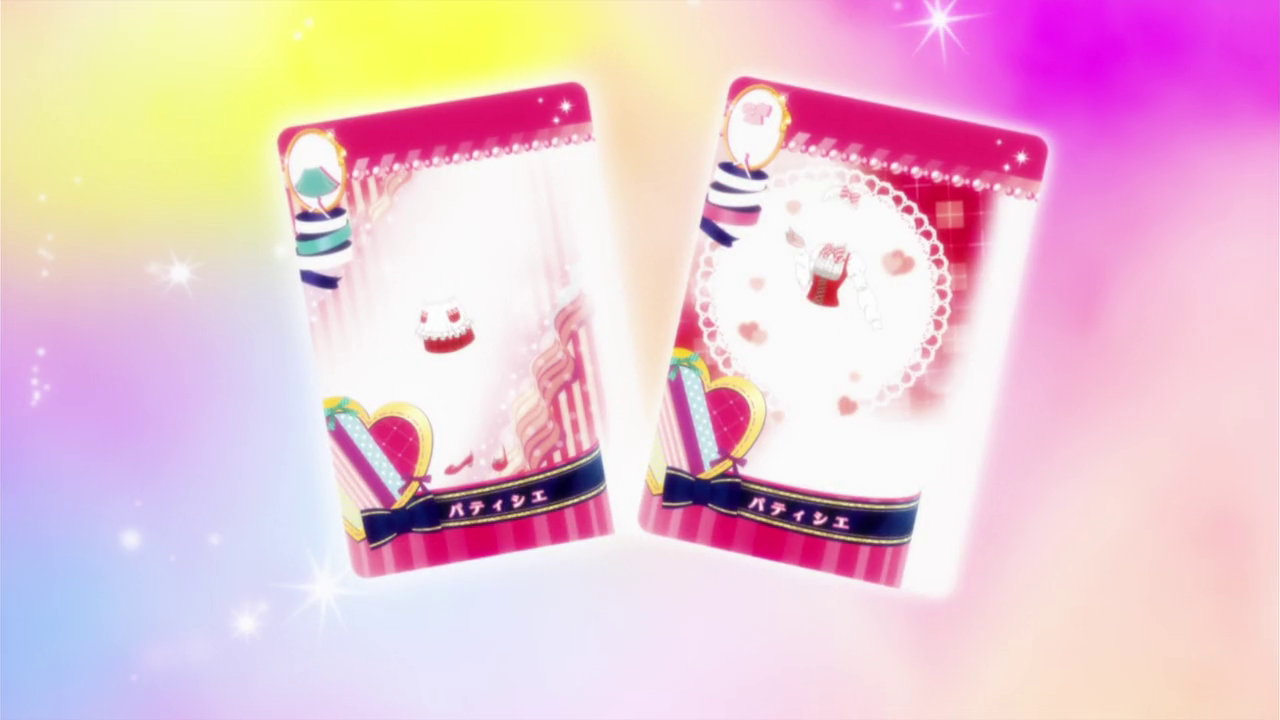 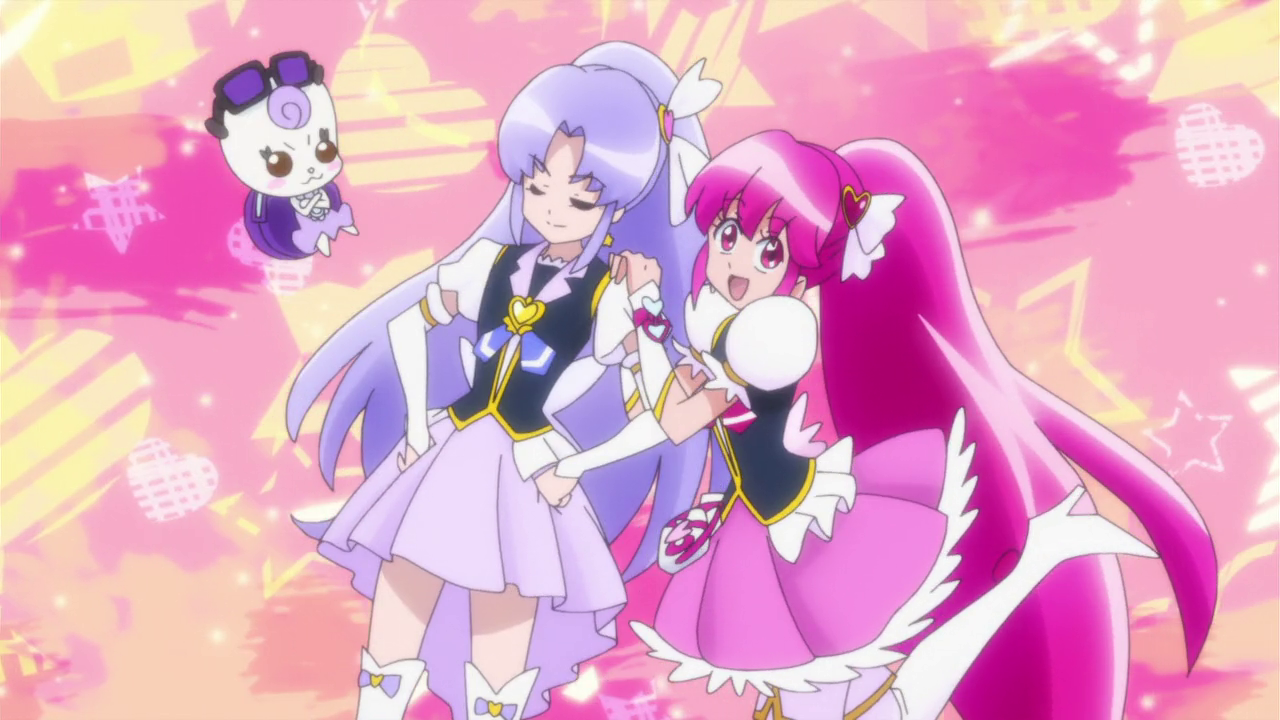 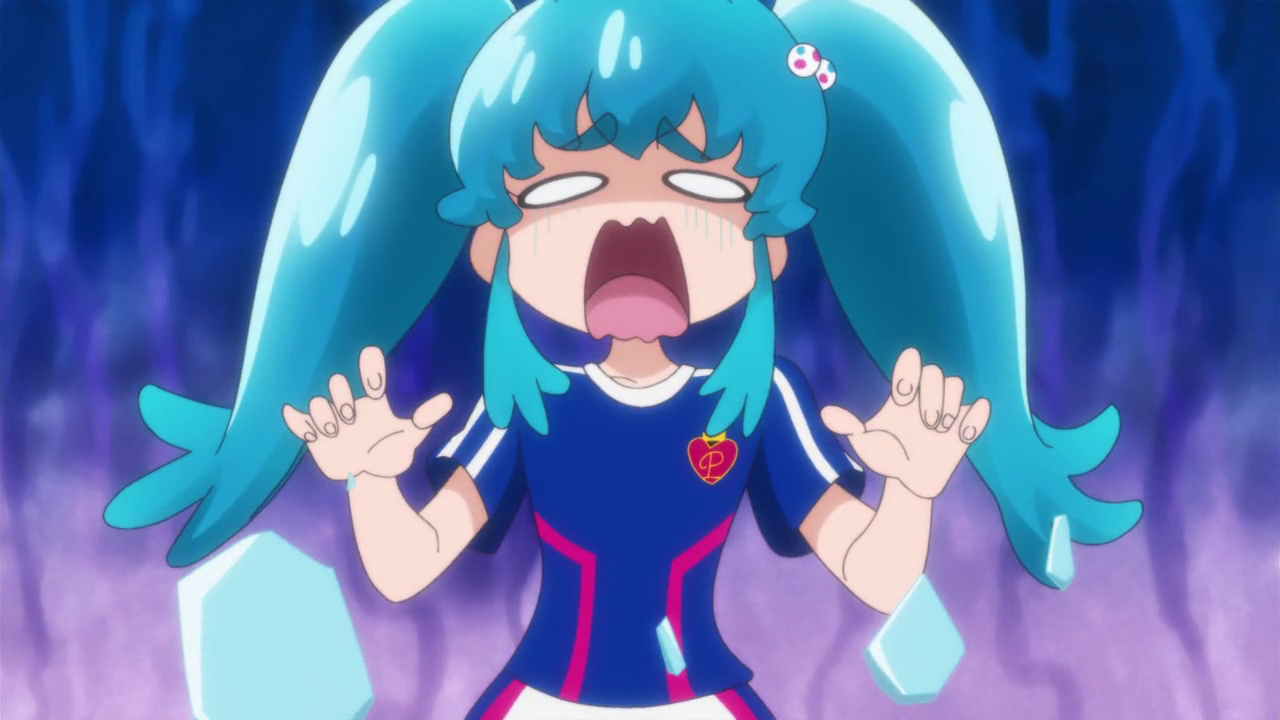 Hime saw everything and was feeling more depressed. Cure Lovely even allowed Cure Fortune to rub Ribbon's nose to get the new PreCards. Cure Lovely spotted Hime but before she could say anything, Hime started imagining that Cure Lovely has decided to team up with Cure Fortune and disbanding their team. Hime immediately ran away again, leaving a dumbfound Cure Lovely behind. 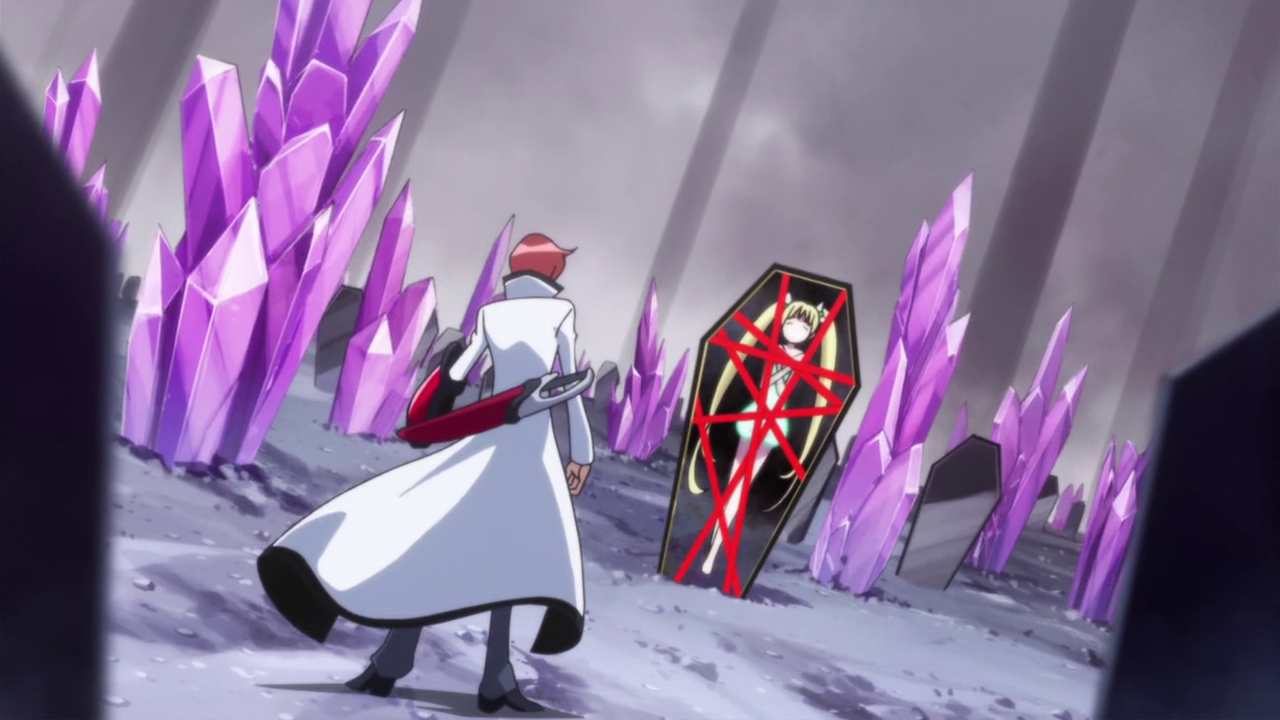 Meanwhile, Precure Hunter Phantom has just claimed his next Precure victim and he is now targeting Happiness Charge Precure next...

We finally get to know it was Hime who opened the Axia box and released the Phantom Empire into the world. As she admitted before that she regretted what she has done and now is trying her best to make amends by becoming a Precure and defeating the Saiarks.

Although Megumi and Hime were shocked by Hime's actions and Iona's reason for hating her. But they took it well and they knew that deep down, Hime is still a good person. Megumi even said that Hime is doing the right thing now and she also thanked Hime for changing her life for the better. Yuko knew what is like to keep a secret and tried to empathise Hime that it is okay to make a mistake and to make amends.

However seeing Cure Lovely and Cure Fortune in battle together make Hime more depressed and she started imaging the worst scenario of Cure Lovely joining Cure Fortune and disbanding their team which is all in her head. Can anything get any worse? (Actually Seiji didn't get any lines and was showing his back for only two scenes in this episode..may I know what was Seiji's role again? To be a supporter for the Precures but until now not really supporting, I would said...) 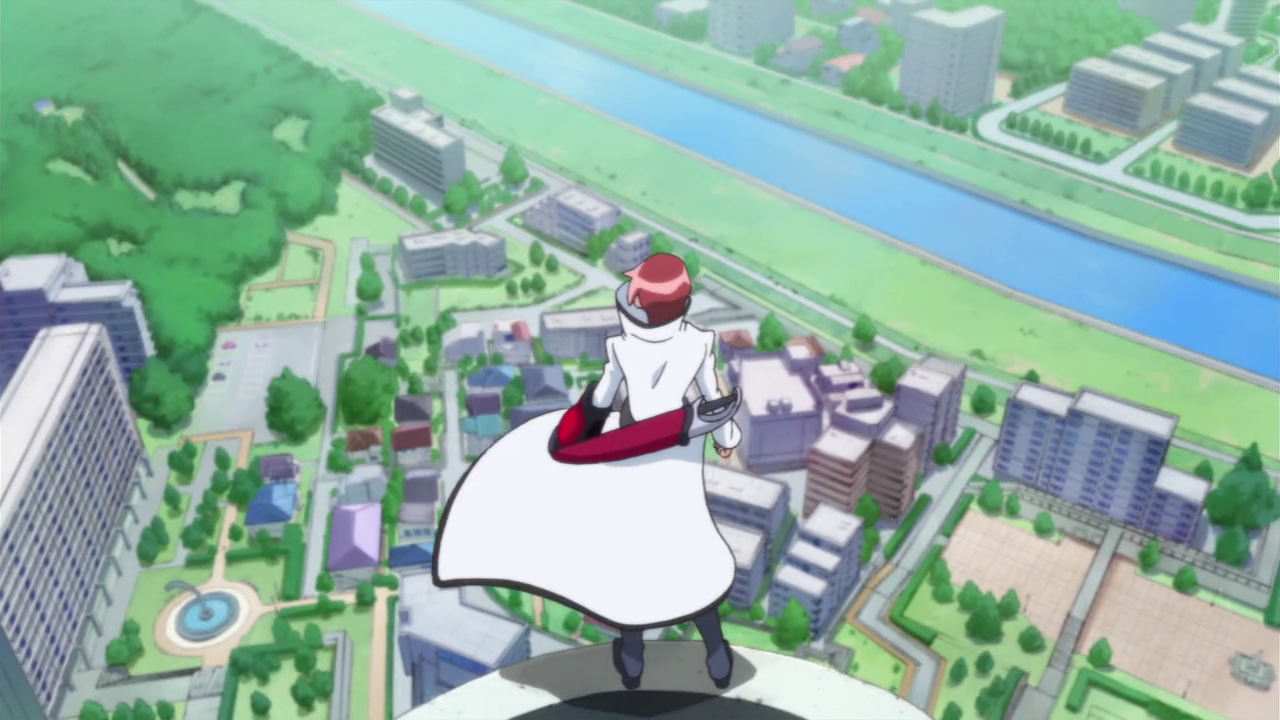 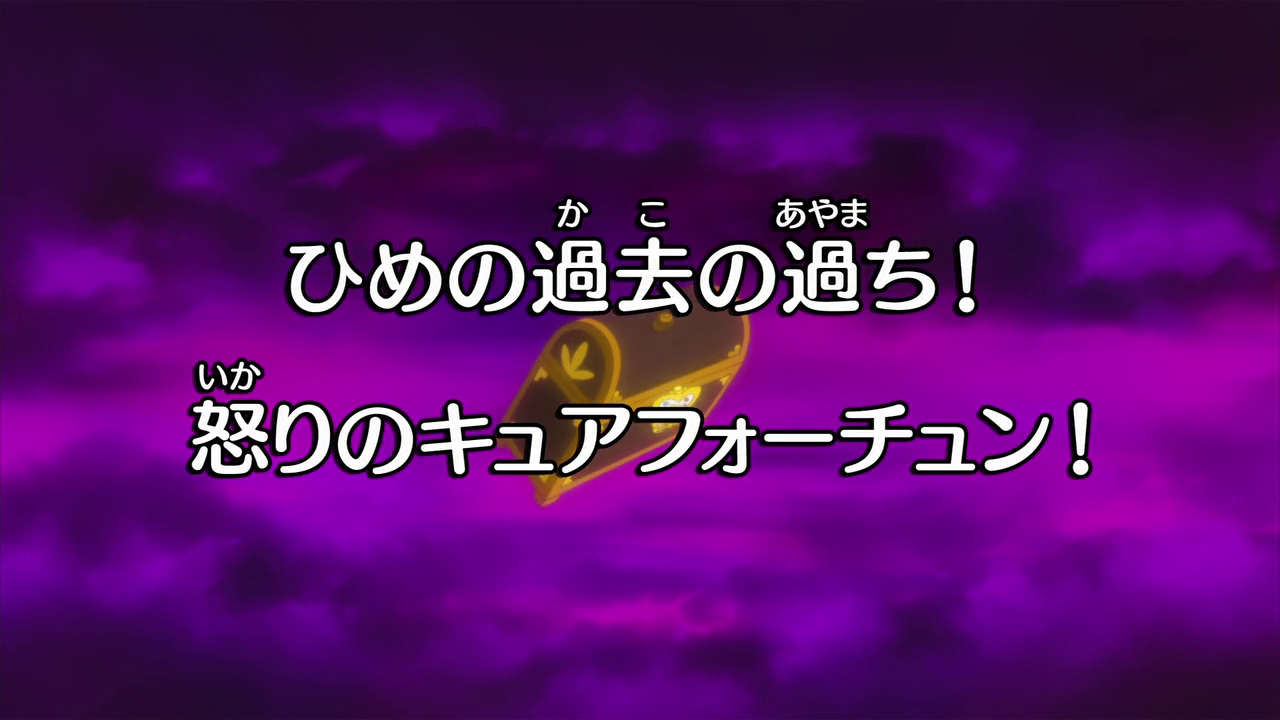 Which is a big yes as Phantom is eyeing on them in the next episode but with Hime in low morale and a large group of Saiark attacking the city, can the remaining three Precures battle Phantom without Hime or could this be the end of Happiness Charge Precure as we know it? (Of course not, we still have nine more months to milk this series!) See you next week to find out!